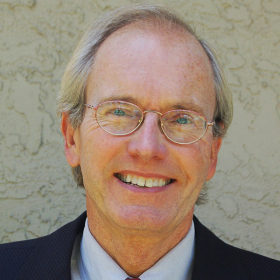 Gone unexpectedly and much too soon for the many who loved him, Ed lived in Palo Alto for most of his adult life after coming to the West Coast to attend Stanford for graduate school. He was kind and curious, with quiet passion for the people and things that were special to him.

His professional life was one of achievement, beginning with earning a B.S. and M.S. in mechanical engineering at George Washington University in his hometown of Washington D.C. His savvy in areas like heat transfer next brought him to Stanford, where his Ph.D. was in laser physics.

After graduation, he joined SRI International in Menlo Park, where he rose rapidly and was eventually director of the system technology division, overseeing four laboratories with 215 employees that did contract research in a wide range of areas from over-the-horizon radar to electro-optics. Along the way, he was published frequently and received honors like the U.S. Army's Distinguished Service Award.

After many years at SRI, Ed broadened his horizons by moving into the mainstream technology industry, applying his considerable technical and management skills to the semiconductor and later LCD display production equipment industries, holding senior positions at some Silicon Valley companies.

After formally retiring from the corporate world at age 61, he advised environmentally oriented startups via his own clean-tech consulting operation. Having long been a financial and real estate investor on the side, he also focused on his portfolios, travel, and pursuing his many hobbies and interests. In addition, Ed was a lifetime fitness buff, either swimming laps, hitting the gym, hiking in the hills or taking 30-plus mile bike rides up to Skyline on a daily basis.