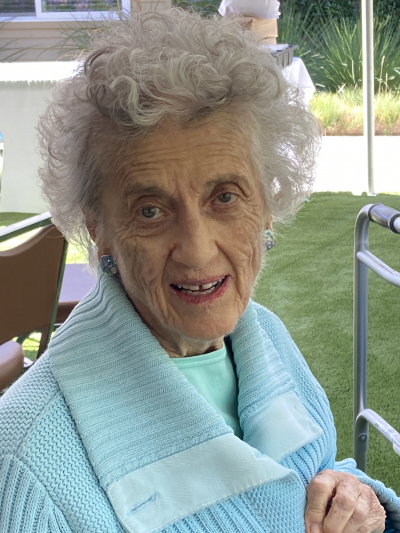 Sr. Joan Marie Derry, a retired Catholic sister in the Sisters of the Holy Family order, passed peacefully into the gates of Heaven. She was 88.

She grew up in Menlo Park, CA, in a large Irish Catholic family. She was the second of six children born to Edward and Helen Derry. The family operated Derry’s Feed and Fuel for many years.

Sr. Joan is survived by her brother, Fr. Daniel Joseph Derry, a retired priest. Her brothers Edward Jr. and James predeceased her as did her sisters Nancy Madigan Derry Nejasmich and Gail Blach. She is also survived by six nieces and nephews.

Sr. Joan had a keen interest in genealogy and passed on a wealth of research and information to family members. The roots of her family were important to her as were the deep roots in her Catholic faith which were established early on by her parents who loved God and lived by and with their faith, passing those values to her.

Sr. Joan had a vivacious personality. She enjoyed people and celebratory gatherings. She laughed often and, like her mother, loved a good story to tell and one to hear.

She demonstrated her holiness in public service to her order and the Catholic Church but also demonstrated that in many private ways. As she had "God’s ear," many people came to her for solace with their difficulties in life. She listened and prayed for many, often asking others to join in her prayers.

An appropriate quote for Sr. Joan Derry is written in Psalm 145:7, "They shall eagerly utter the memory of Your abundant goodness And will shout joyfully of Your righteousness."

Sister Joan’s funeral Mass will be held at 11:00 a.m. on Wednesday, September 14 in the Church of the Nativity in Menlo Park, California. Burial will be at Holy Cross Cemetery in Menlo Park following Mass. In lieu of flowers, donations may be made to Holy Family Day Home at 299 Dolores Street, San Francisco, CA 94103