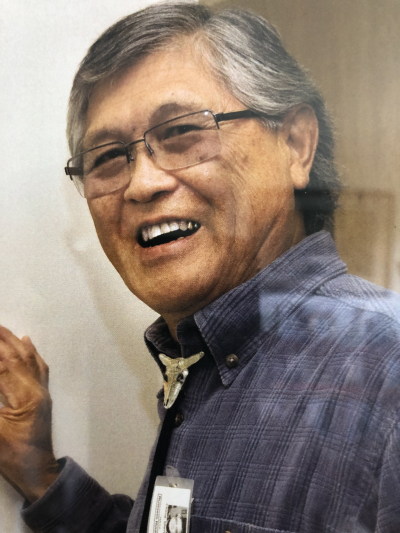 We pause to note the passing of Dr. Sherwood Chang. Renowned and groundbreaking scientist; Intrepid fly fisherman; High country rancher; Dedicated Arborist; Stalwart friend; Loving family man. A jack of all trades and master of most (a Harvard man after all).

Sherwood died in Tacoma Washington on June 6, 2022 at the age of 81. Sherwood was a longtime resident of Palo Alto (1966-1999, 2015-2019), and maintained close ties with Palo Alto family, friends and colleagues at both NASA Ames Research Center and Stanford.

During his 30 years at NASA as a physical organic chemist, (1967-1998) Dr. Chang was a world leader in the evolution of Space Science. His innovative and collaborative approach to science made him one of the leading intellectual figures uniting cosmochemistry, origins of life research and molecular biology to help create the new field of Astrobiology – contributions for which in 2009 NASA dedicated an Exobiology Conference room in his name.

Among many other honors, as Principal Investigator for the Apollo Lunar Science Program, Dr. Chang was awarded NASA’s Exceptional Scientific Achievement Medal (1976) for his contributions in geochemistry, cosmochemistry, lunar and planetary science. He served as Asst. Chief for Science and Technology Extraterrestrial Research (1983), and Chief of Exobiology (1985-1998). In 1999 he was elected an ISSOL fellow by the International Society for the Study of the Origins of Life.

Sherwood loved fishing (catch and release with hand-tied flies). He fished North America from Labrador, Alaska and British Columbia to Baja CA, Central America from Mexico to Guatemala, Cuba (Grand Slam!), South America from Venezuela to Argentina (and many countries in between), east to Africa (Botswana and Zimbabwe) and west to Kiribati, Australia and Mongolia. A favorite quotation (hung on his study wall), reads: “The charm of fishing is that it is the pursuit of what is elusive but attainable – a perpetual series of occasions for hope.”

At the turn of the new century, he left Silicon Valley, heading north to settle on an old ranch in the foothills of the Trinity Alps in Northern California where he raised Certified Organic grass-fed beef, hay, and produce. As a dedicated arborist, he planted and nourished dozens of fruits, nut trees and berries, striving mightily to protect them from marauding bear and ravenous elk. On the ranch he married 19th century infrastructure (hand dug irrigation ditches, and hand-crafted seasonal dams and flumes) with 21st century technology (power from solar panels, inverters and battery bank, communication via satellite, well water purification through ultraviolet. After 16 years of farming, he took a second retirement, moving north to Tacoma Washington.

Sherwood was unfailingly kind to strangers and friends alike, keeping strong many bonds of friendship lasting over half a century. His dedicated encouragement, support and inspiration nurtured and empowered generations of skilled and curious scientists. He meaningfully enriched the lives of all who knew him.

Photo Gallery
0 photos Upload a photo
Remembrances
0 entries Submit a remembrance
Memorial service
In lieu of a memorial service, the family invites contributions of your personal recollections of Sherwood to email: [email protected]
About this site     Contact us