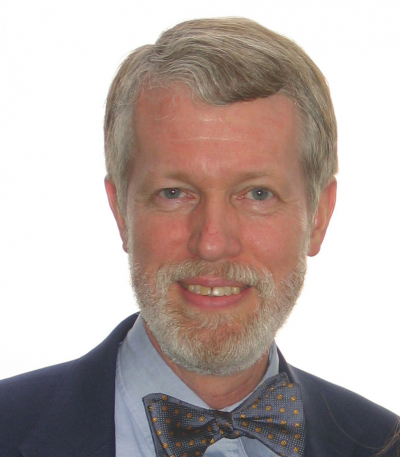 Raised in Arcadia, California, Pat attended Harvey Mudd College in Claremont, CA, graduating with a B.S. in Engineering, followed by an M.S. in Aeronautics and Astronautics from the Massachusetts Institute of Technology. In 1967, he accepted a position at Hewett-Packard, moved to Palo Alto, and married his Harvey Mudd College sweetheart, Penny Gach. While working at HP, he earned a Juris Doctor at Stanford Law School, and spent most of the rest of his career as an intellectual property attorney at HP and later Agilent Technologies until his retirement in 2007.

Between Pat’s travels for business and pleasure, he and Penny visited six continents and more that 30 countries. An accomplished photographer, Pat recorded many of these adventures. Their extended family was enlarged by the people they met on these trips, as well as, by hosting international students through Stanford’s Homestay Program. Pat’s interest in music began in college. For many years, he played the guitar and sang for church activities and a group called the Sunday Singers. He also sang with the Palo Alto Community Gospel Choir. At home, Pat was an equal partner in raising their daughters Meg and Christine, including supporting their artistic talents in school and community theater. To encourage the girls to practice the piano, Pat also took lessons, setting an example by making practice fun.

A lifelong eclectic learner, Pat took classes and read voraciously in the visual arts, architecture, Biblical Studies, history, and literature. His appetite for learning languages was insatiable, learning passable German, Spanish, and French, some Russian, Chinese, and Japanese, and, to better read the Bible, Classical Greek and Biblical Hebrew. Before travelling, Pat would always learn enough of the country’s language to be a respectful, culturally aware, and courteous traveler. A lifelong Christian Scientist, Pat was a member for over 50 years at First Church of Christ, Scientist, Palo Alto. His volunteer service included Sunday School teacher, Reading Room Librarian, member and chair of the Executive Board. He was elected several times by the congregation as Reader to lead the weekly church services. Pat renewed his boyhood interest in ham radio by serving as an Emergency Services Volunteer amateur radio operator and as an Assistant Emergency Communicator for six years, volunteering for many drills and exercises. His favorite exercise was to be on “fire watch,” when he and Penny would look out from the foothills on Fourth of July evenings--beautiful fireworks without the bangs! Pat also served on the Board of Trustees for Arden Wood, a Christian Science Care Facility in San Francisco; on the Harvey Mudd College Alumni Board of Governors; and the Harvey Mudd College Board of Trustees. He also was a longtime supporter of Berea College, local and national art museums, local theater, and a devoted fan of bluegrass and folk music. Pat will be remembered by many as the epitome of a contemporary Renaissance man -- equally engaged in science and the arts. Devoted to his family and to the high moral and spiritual goals of his religion, Pat cared about others, and when conflicts arose, sought to heal them and bring more intelligence and love to the world around him. He will also be remembered as a quick, clever, and elegant punster! Pat is survived by his wife of 54 years, Penny, and their beloved daughters, Meg and Christine.

Photo Gallery
0 photos Upload a photo
Remembrances
0 entries Submit a remembrance
Memorial service
There will be an in-person and zoom Celebration of Pat’s Life on Saturday, October 8 at 10:30 am at First Church of Christ, Scientist, Palo Alto. All are welcome. For Zoom information contact [email protected]
Make a donation
Donations in memory of Patrick Barrett would be welcomed at Arden Wood in San Francisco, or at Harvey Mudd College in Claremont, for the Le Roy and Doris Barrett Scholarship which Pat endowed in honor of his parents, or at a charity of your choice.
About this site     Contact us