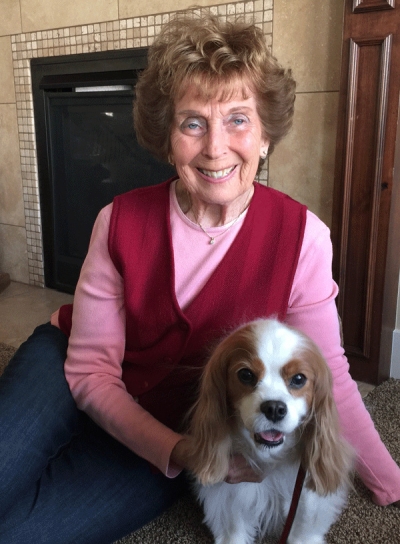 Lois attended local schools and graduated from East High School in Salt Lake City. She attended college at the University of Utah, where she became acquainted with her future husband, Robert John. Their relationship blossomed and they eventually married on June 24, 1953, in the Salt Lake Temple.

The day after their wedding, they moved to Olympia, Washington, where Bob was stationed serving in the U.S. Army. They then moved to Seattle, while Bob attended dental school. To support them during school, Lois worked as a secretary to the Speaker of the House for the State of Washington. Her organizational skills and attention to detail proved beneficial throughout her life. She volunteered in the community as PTA president and in other groups, including the Children’s Home Society, the San Mateo Dental Auxiliary, to name a few.

Bob and Lois welcomed two children into their family, Judy and Steve. Of the many things she was involved with, she treasured the title of mother the most. Lois was an excellent homemaker and knew the importance of being a good example to her children. She was a member of The Church of Jesus Christ of Latter-day Saints. She served in various callings and especially enjoyed the time she spent as the Compassionate Service Coordinator for her ward. Helping others came naturally to her.

When her children were older, Lois worked as a travel agent in several agencies before starting and managing her own travel agency, Woodside Travel. This allowed her to travel, which she loved. She would often travel to many different parts of the world, gaining new insight and advice for her clients. She loved planning their itineraries and made sure that they were perfect.

When she wasn’t working, Lois loved to be active. She enjoyed tennis, golf, and shopping with friends. She also liked to scrapbook, dance and exercise. She and Bob loved to entertain in their home and treasured good times with friends and family. The grandchildren and great-grandchildren spent countless hours swimming in their pool, and enjoying their company and the yummy popsicles that Nana always had in the freezer.

Lois and her husband had a ranch in Healdsburg, California, on the Russian River. They would travel the two hours north, over the Golden Gate Bridge, almost every weekend while Judy and Steve were still growing up. The ranch produced prunes and they had a variety of animals, including cattle. They had many fond memories there.

Later in life, Bob was diagnosed with Parkinson ’s Disease which slowly took his abilities. Lois faithfully cared for him for approximately 10 years, as the disease progressed. Through her challenges, she was unendingly positive and forgiving. She always saw the best in people.

Lois is survived by her children as well as nine grandchildren, twelve great-grandchildren and many nieces and nephews who will dearly miss “Aunt Lois.” She is preceded in death by her husband, two brothers and a son-in-law.