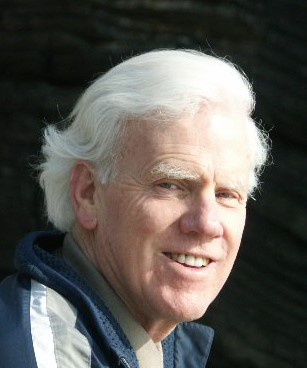 Don became involved in environmental protection, serving as the second President of a group dedicated to the preservation of open space in the San Francisco Bay Area. In 1960, with David Brower, he co-founded the international organization, Friends of the Earth, now the largest environmental network in the world. Don left Stanford in 1972 to develop California’s first Department of Environmental Studies at San Jose State University, chairing the department for 21 years, concentrating his teaching on renewable energy policy and architecture. During the Carter administration he created and directed a federal program to accelerate the commercialization of solar energy.

A long-standing interest in architecture stemmed from his experience with Frank Lloyd Wright’s home design for Herbert and Katherine Jacobs, his future parents-in-law. This led later to a 34-year affiliation with the Frank Lloyd Wright School of Architecture as Professor of sustainable architecture. After marrying Elizabeth Jacobs in 1958, together they commissioned and built the first home designed by Frank Lloyd Wright’s group of mentored associates after Mr. Wright died. Nestled in the mountains above Stanford University, they raised their family and lived there for nearly 40 years.

In 1991 Don left his University teaching to serve for a decade as the Senior Staff Scientist for the Union of Concerned Scientists for Renewable Energy. He worked with legislatures and public utilities commissions throughout the United States with special emphasis in California on electric utility restructuring, and he developed energy policy that is now implemented in the EU.

Don spoke at multiple international conferences, lecturing on renewable and sustainable energy, receiving many honors for his work over the years, and publishing numerous scientific papers.

In his semi-retirement years, he has lived in Ajijic, Mexico, where he and his late wife Barbara Harwood (1940 – 2015), converted the first solar home in the area and encouraged the use of solar energy in that region of Mexico.

Don had a lifetime enjoyment of music, playing the harpsichord and the piano throughout his life. He was an avid sailor and a world-record holding sailplane pilot.

Don is survived by his daughters, Sarah Aitken and her husband Greg, of Ashland, Oregon, Katherine Aitken-Young and her wife Kim, of Redwood City, California. And also by five grandchildren, Nick Aitken, Riley Aitken, Morgan Chaknova, Bryn Aitken-Young, and Clay Aitken-Young, his former wife Elizabeth Jacobs Aitken, and his constant companion of the past 6 years, Leslie Kingsbury of Ajijic, Mexico.

Photo Gallery
0 photos Upload a photo
Remembrances
0 entries Submit a remembrance
Memorial service
A private memorial service was held in Ajijic, Mexico.
Make a donation
Contributions in Don Aitken’s memory may be made to his beloved International Festival Del Lago, an internationally renowned Music Festival and Academy for which he was an important and dedicated benefactor. Donations may be made using the link on the memorial page: https://sites.google.com/view/donaldaitken/home
About this site     Contact us