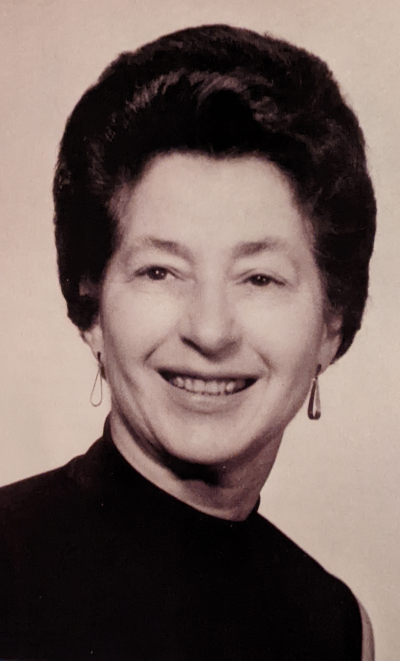 Carol Walker Mosher completed her earthly journey on August 17, 2022. She was born June 23, 1921 in Loveland, Colorado; the middle child, and only daughter of Frederica and George Walker. Carol earned a BS in chemistry from Colorado State University in 1942 and did graduate work at Penn State, earning a master’s degree in textile chemistry and a PhD in organic chemistry. In graduate school she met Harry Mosher; they were married in 1944 and moved to Stanford in 1947 where he joined the Chemistry Department faculty. After her wartime graduate work Carol built a career at SRI researching the formation and activity of complex chemical compounds, including anti-cancer agents. They raised three children, Janet, Stephen and Leslie in their Stanford campus home. Carol and Harry enjoyed many overseas travels together and as a family; spending one sabbatical year in England and one in Zurich, Switzerland. Carol was active in her community as a volunteer in several charitable organizations as well as serving in many activities at First United Methodist, Palo Alto. She was preceded in death by her husband, Harry, older brother Rolland and younger brother Willard. She is survived by her three children, four grandchildren and two great-grandchildren.