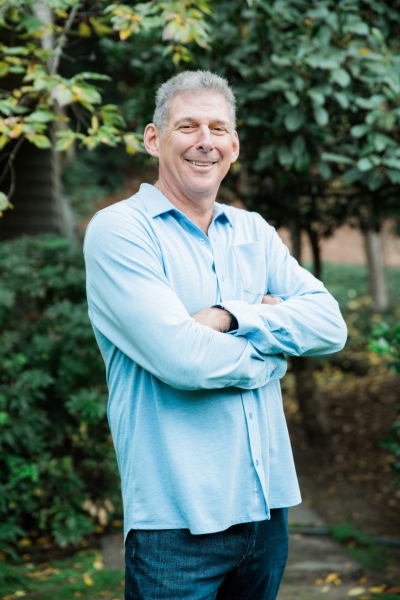 Barry A. Carr, age 62, attorney, patriarch and community fixture died unexpectedly in his sleep on January 2, 2021 at his home in Portola Valley, CA.

Born in New York City, raised in Marin, he is survived by his wife of thirty-five years, Kathleen, and their three sons: Ryan, Jordan (with Sylvie, parents of June), and Grant, his sister, Gwen, many beloved nieces, nephews, friends, and his dog Ruby. He was preceded in death by his father Philip Carr, and followed by his mother, Iris Carr, who passed on January 9, 2021.

Barry graduated from UC Berkeley in 1980 and Columbia School of Law in 1983. He worked as an attorney in Los Angeles and San Francisco before striking out on his own. Barry co-founded the fifty-person law firm of Carr & Ferrell in 1992, where he built a successful securities practice focusing on Silicon Valley startups and venture capital firms.

He and Kathleen were high school sweethearts, and in a life filled with blessings, he always liked to say she was the best thing that ever happened to him. They loved traveling, though he was as happy snuggling in their corner of the couch as he was exploring Sicily or New Zealand so long as they did it together.

With her, they built a life they wanted--a community they were central to, a family they loved dearly, an ongoing adoration for each other. He regularly described things in his life as “pretty sweet!” whenever he was moved, whether that be from the 16th tee box at CordeValle Golf Course, popping a bottle of wine, or after being tossed a popsicle from across the room by a son. He loved golfing with Ryan, chasing baby June with Jordan, and watching sports with Grant. A second father to many others, he had a special passion for helping young people find the confidence they needed to excel in their careers and lives.

He spent 26 years in Portola Valley, CA as a pillar of the community. Over the years he could be found at Ford Field for his sons’ Little League games, at the Corte Madera gym on Sundays, hooping with his buddies, working out like a maniac at Alpine, and putting on his (only) playlist ranging from Bill Withers to Tom Petty at a house party.

Barry did everything--even unwinding--at full speed. Standing 6’5” with an even bigger presence, the room always ended up revolving around him as he got the night going with his very particular kind of tall guy dancing, and held court over a night cap as things wound down. He loved people, and always wanted to be sure everyone was having as much fun as he was.

As a young man, Barry was a basketball star at Terra Linda High in Marin and played in college at Cal. An explosive leaper who never lost a jump ball in high school and an intimidating shot blocker, he could get a bucket against any defender with his signature baseline fadeaway. Still throwing down 360 dunks into his 40s, he was a baller in every sense. Later on in life, he golfed often with family and friends. He also liked to go alone, at the crack of dawn, bragging in the AM that he’d “played 18 today,” and then taking a nap on his couch.

When it is safe to do so, we will gather to celebrate his remarkable life. He said his only regret was that he couldn’t go to his own funeral, which is to say it’ll be a Barry Carr party, which is to say: open bar.

In lieu of flowers, donations can be made to the Boys & Girls Clubs of the Peninsula, where he was a board member for over a decade. To honor his memory, please take a moment to acknowledge the blessings in your life, as he so often did.

Photo Gallery
0 photos Upload a photo
Remembrances
0 entries Submit a remembrance
Make a donation
https://www.bgcp.org/donate
About this site     Contact us