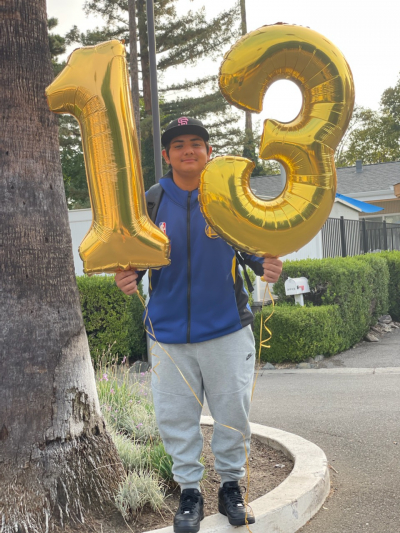 On March 17th, 2022, André Retana tragically passed away in a fatal collision in Mountain View, California at 13 years old. Although his time here was brief, there were no shortcomings in character or joy for life that he embraced and shared with everyone who was fortunate enough to have known him.

André was born August 24th, 2008 at El Camino Hospital in Mountain View, California weighing 7 pounds and 10 ounces, to Lisa Retana. The sweetest baby, he quickly became known for his big beautiful brown eyes and heart-melting laughter. André’s joy for life carried on with him as he grew from a rambunctious toddler into a well-mannered young boy, and ultimately into a sharp-witted teenager.

His Mother, Lisa, and Father, Ryan Lara, were rightfully proud of his academic achievements at Huff Elementary School and Graham Middle School where he maintained a 4.0 GPA. Known for his generosity and beaming personality, his teachers would often comment on his potential as a leader and scholar. André was also a well-rounded athlete. Participating in baseball, basketball and football where he learned the values of discipline, teamwork, and determination. Meanwhile, he never failed to make time for his baby Brother, Cayden Lara, whom he adored and cherished above all else. All these characteristics were indicative of the wonderful man he had yet to become.

André’s legacy will be remembered every day and he will be forever in our hearts, prayers, and lives.

André was laid to rest on Monday, March 28th 2022 at Gate of Heaven Catholic Cemetery.

The Family would like to express our deepest gratitude to the Community at large, our friends and family far and wide. We have suffered one of the worst losses anyone can go through. We would not have made it through without the Love expressed in notes, cards, prayers, donations, food and caring from so many, many beautiful people. We thank you all so very much.