As coronavirus epidemic spreads, local woman recounts desperation to get out of Wuhan 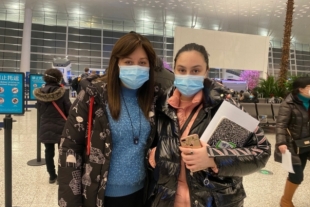 14 people like this
Posted by Shameful news approach to this health crisis
a resident of Another Mountain View Neighborhood
on Feb 8, 2020 at 11:41 am

Shameful news approach to this health crisis. This story conveys a sensational and view from the lens of those who are not even sick. There are many more untold stories of those from the Silicon Valley who can share a more nuanced view of real-life in Wuhan right now, and some locally who know people who did get sick. This article borderlines on xenophobic in its tact.

Your new country got you out. You are grateful as you should be. The rest is just pure drama.

Flying: How to lower your impact
By Sherry Listgarten | 19 comments | 3,250 views

My angst about the disaster of these two debates
By Diana Diamond | 28 comments | 1,616 views