He built his Chinese food empire on potstickers, proverbs and passion. Now, as Chef Chu's turns 50, Larry Chu looks to the future.

'The hardest thing in the restaurant world is longevity.' 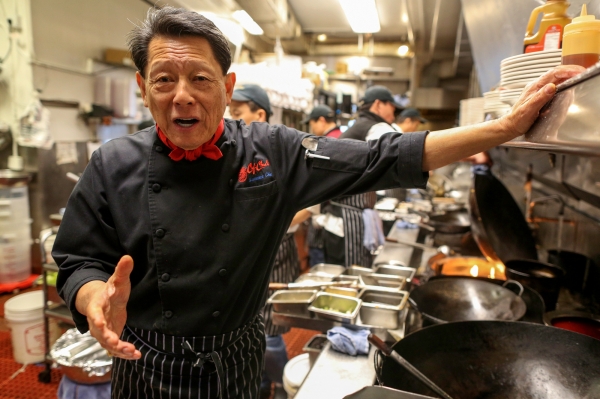 Chef Lawrence Chu stands in the kitchen of his eponymous restaurant, a local institution celebrating its 50th year in business. Photo by Sammy Dallal. 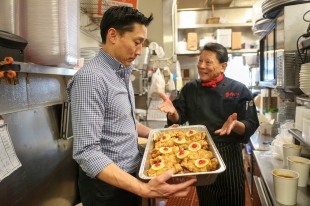 14 people like this
Posted by Make food that tastes good
a resident of Another Mountain View Neighborhood
on Feb 5, 2020 at 9:27 am

Use quality ingredients and make it taste delicious.
It sounds easy but so very few do it consistently.

Congrats to Chef Chu's on doing it for 50 years!

5 people like this
Posted by Side1
a resident of Another Mountain View Neighborhood
on Feb 9, 2020 at 7:34 pm

Best food in the area.
I moved north of Auburn and miss Chef Chu's more than anything else the bay area.
Whenever I get to the Bay Area, I usually have a meal there.
175 miles for Pork Fried Rice isn't crazy, is it?

Congrates on 50 years, and Thank You