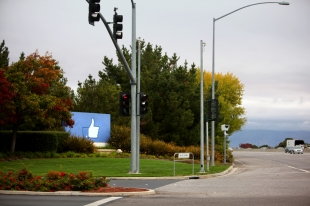 The Facebook "Like" icon is located at the intersection of Bayfront Expressway and Willow Road in Menlo Park. Michelle Le/The Almanac

4 people like this
Posted by Humble observer
a resident of Another Mountain View Neighborhood
on Nov 7, 2019 at 2:31 pm

Quite amazing to hear Atty.-Gen. Becerra's live comments about this, expressing shock that Facebook sells "private information" that "we all" post on it.

1. What business did he think Facebook was in -- how else on earth did he think it ever made money, if not by selling "private information" to advertisers (like its predecessor MySpace and numerous other firms) ??

2. Sorry to break the news, but not everyone opts to give personal information to Facebook, for free, to then sell in various ways (acknowledged or otherwise) to third parties. It's not as if the internet lacked other ways to post and communicate information. Many people have distrusted FB since it began.

Flying: How to lower your impact
By Sherry Listgarten | 19 comments | 3,230 views

My angst about the disaster of these two debates
By Diana Diamond | 28 comments | 1,589 views