Behind UC's 'admission by exception' side door: sports, money, diversity — and secrecy 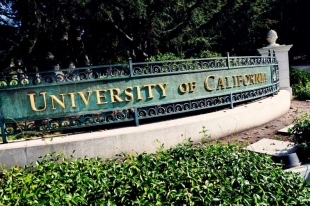 The entrance to the University of California, Berkeley, one of the nation's most selective public universities. (Photo via Lucentius)

As a graduate of UC Berkeley and UC Santa Barbara (and staff of UCSD and UCSC) and a current UCSC dad - this not only looks bad, it is bad because there is public documentation lacking/or "smokescreen". In the past - exception admissions were allowed for individual UC Trustees. Conley - a rabid opponent of diversity admissions, of course got his own (rich) friend's kids in [I think that was the scandal].

The California Public Records Act is a "mandate". The requirement is 10 days, for a reply and materials - OR a clear 'technical reason' and 14 more days to produce (with a mandated date). Take the buggers to court! It is a Writ of Mandate, and the UC campuses who don't bother replying, get to pay legal costs of CALmatters. (when UC loses to a judge's reading of the clear language of the Gov Code for the PRA)

Portland's Thai food darling Pok Pok will be popping up on the Peninsula this spring
By Elena Kadvany | 2 comments | 3,499 views

Flying: How to lower your impact
By Sherry Listgarten | 18 comments | 2,914 views