Summertime and the livin' is jazzy | News | Mountain View Online |

Summertime and the livin' is jazzy 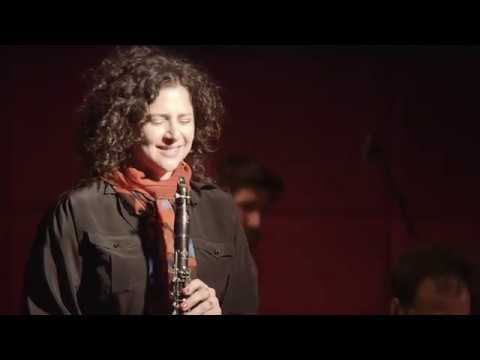 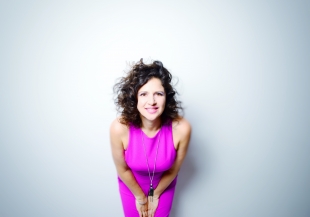 Musician Anat Cohen will return to the Stanford Jazz Workshop and Festival this summer for three performances. Photo by Shervin Iainez.

With Friday, June 21, marking the first official day of summer, the days are long and the local live jazz offerings particularly plentiful.

A long-running favorite for jazz fans, The Stanford Jazz Festival continues its newish tradition of having opening and closing weekend concerts at Stanford University's Bing Concert Hall. Vocalist and multiple Grammy Award-winner Cécile McLorin Salvant and pianist Sullivan Fortner bring their duo magic to the 6-year old bandstand on June 22. Still Dreaming, the collective led by saxophonist Joshua Redman (whose quartet opened the Stanford Jazz Festival last year) makes its Bay Area debut with drummer Dave King (of The Bad Plus fame) to conclude the festival at Bing on Aug. 3, with trumpeter Ron Miles and double bassist Scott Colley rounding out the all-star quartet. In between, there are both intimate and larger-scale concerts by Stanford Jazz Workshop faculty and others in Dinkelspiel Auditorium and Campbell Recital Hall, including the beloved SJW All-Star Jam on Aug. 2 (see sidebar below for an interview with clarinetist Anat Cohen).

Jazz at Filoli has pretty much perfected the art of live jazz (and more) on a Sunday afternoon. The base level ticket includes a drink ticket for beer, white wine or flavored sparkling water, and lunch boxes can be pre-ordered. Vocalist Jamie Davis' offers his "The Great Baritones" program on June 23, with vocalist Sara Niemietz and guitarist/composer W.G. Snuffy Walden headlining on July 14. Pianist Larry Vuckovich and his Contemporary Swinging Hard Bop Ensemble play July 28, and vocalist Nicolas Bearde pays tribute to Nat "King" Cole's centenary on Aug. 11. Conguero, educator and all-around good guy John Santos closes at the 2019 live jazz season at Filoli on Aug. 25 with his sextet.

Portola Vineyards in Portola Valley is offering a quartet of stylistically varied concerts for its Summer Jazz series (paired with wine tasting) starting Sunday, June 23, with organist Pat Bianchi from New York City and his trio. Cabanijazz, led by conguero and Pacific Mambo Orchestra member Javier Cabanillas, performs July 14, while on Aug. 4 the Five Ten quintet out of the East Bay (with its 510 area code) will offer its brand of globally electrified fusion featuring steel pans and Brazilian percussion. Local favorites Charged Particles close out the series on Aug.18 with a tribute to the iconic pianist, composer and bandleader Chick Corea.

Freelance writer Yoshi Kato can be emailed at yoshiyoungblood@earthlink.net.

Where: Various venues on the Stanford University campus.

Anyone who has caught clarinetist Anat Cohen in concert can attest to her unbridled musical enthusiasm. It's a trait that extends off the bandstand, even to a routine phone interview from her home in Brooklyn.

"You don't have to remind me, man! It was an absolute beautiful night," she replied, when reminded of a concert she did during the 2017 Stanford Jazz Festival (SJF) in which pianist George Cables led an all-star quintet that also featured tenor saxophonist Ravi Coltrane, bassist Eric Revis and drummer Kendrick Scott. "I've been in a lot of different musical situations on stage with a lot of different people, and I still talk about that night.

"There was something so magical about George's compositions, the swing, the way everything felt," she said. "I mean, I felt like I was inside a classic jazz record!"

Cohen returns to both the Stanford Jazz Workshop (SJW) and Festival, happily taking on the double duty of educator and performer. She'll be performing thrice at Dinkelspiel Auditorium: Brazilian music with Trio Da Paz on July 27; in a first-time supergroup with guitarist Sheryl Bailey and drummer Dafnis Prieto (as well as trumpeter Marquis Hill, keyboardist Jason Linder and bassist Matt Brewer) on July 29; and as part of the SJW All-Star Jam on Aug 2.

"They're guys I love to play with," said the Tel Aviv native, of Trio Da Paz. "And since I have such a big affinity for Brazilian music, we're going to find the right repertoire, and it'll be great."

First performing at the Stanford Jazz Festival with her brothers Avishai (trumpet) and Yuval (soprano saxophone) as the 3 Cohens back in 2009, Anat returned two years later with her own quartet. She then both taught and performed in 2015 and again from 2017 through the present.

"But unfortunately, there are not 30 clarinet players in any jazz camp ... yet," she added, with a warm laugh. "But we're working to change that! I can tell you there's always one or two in every camp I go to. And I'm, like, 'Yes!' This is change.'"

As far as summer gigs go, the SJW setting is hard to beat, she said, adding that she feels proud to be on the Stanford University premises.

"It's so great! I love it. I learned you can rent bicycles and go around. And you can go to the café if there's enough time to take a little lunch break, though usually the teaching schedule is quite intense. Or you can take an Über to Palo Alto and have a nice dinner if you want to get out," she said.

"This part of California reminds me a lot of Israel in the summer -- the sounds when you step on all the dry leaves. I relate to it. It feels good to me."

The first few seconds after awakening; before I remember the virus
By Chandrama Anderson | 0 comments | 2,408 views

Can you Stay Healthy without Making More Trash?
By Sherry Listgarten | 2 comments | 1,695 views

Think about helping others in our coronavirus-affected area
By Diana Diamond | 2 comments | 1,577 views