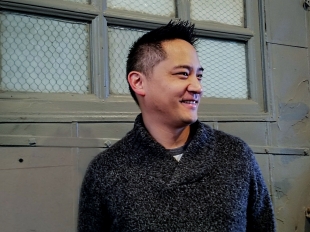 East Palo Alto author Mike Chen just released his first novel, "Here and Now and Then," which follows a time-traveling secret agent from the year 2142 who must return to the Bay Area of the 1990s to find his family. Photo courtesy Mike Chen.

Anne Le Ziblatt, formerly of Tamarine and Bong Su, is back with a Vietnamese noodle bar in Redwood City
By Elena Kadvany | 7 comments | 3,856 views

You Can Help: Scents and Migraines
By Chandrama Anderson | 0 comments | 1,323 views