Forging ahead, falling behind 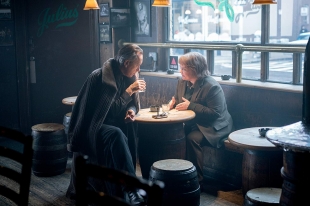 Richard E. Grant and Melissa McCarthy star in "Can You Ever Forgive Me?," the true story of best-selling celebrity biographer Lee Israel. Photo by Mary Cybulski, courtesy of Twentieth Century Fox Film Corp.

Anne Le Ziblatt, formerly of Tamarine and Bong Su, is back with a Vietnamese noodle bar in Redwood City
By Elena Kadvany | 7 comments | 3,534 views

You Can Help: Scents and Migraines
By Chandrama Anderson | 0 comments | 797 views