In an effort to provide diners more opportunities to support local restaurants as the Peninsula slowly reopens, Embarcadero Media's Peninsula Foodist is teaming up with Facebook to launch Peninsula Restaurant Week. From May 14-22, restaurants, bakeries and eateries of all stripes along the Peninsula will offer prix fixe deals and other menu specials available for dine-in, delivery or curbside pickup.

As part of the new weeklong dining event, the Peninsula Foodist has asked participating chefs and restaurant owners to share their stories about what the past year has been like for them and where they see the industry headed. This week's Q&A features Manuel Martinez of La Viga Culinary Inc. (La Viga Seafood & Cocina Mexicana and LV Mar Tapas in Redwood City and San Agus Cocina Urbana in Palo Alto).

For more information about Peninsula Restaurant Week, go to peninsularestaurantweek.com. 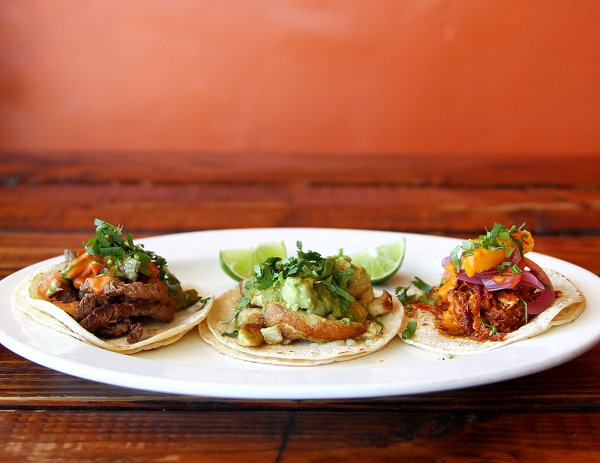 La Viga serves a wide selection of tacos, including from left, carne asada with nopales salsa and red sauce; pollo with tomatillo sauce and guacamole; and cochinita with pickled onion, habanero sauce and orange slices. Photo by Veronica Weber.


For readers who might not be familiar, tell me a little bit about you and your restaurants.

I've been in the industry for the last 25 years working as a cook, an assistant chef and then as a chef. After that, I began opening restaurants for other people and then opening places for myself. The last nine years, I've spent working for myself.
I'm currently operating three restaurants that I own here on the Peninsula — two in Redwood City and one in Palo Alto. I'm a chef by trade, but I'm also the mind behind everything here. Each restaurant has their own chef, so they do the kitchen operations, and I oversee them.

Tell me about the year behind us — what's been the trajectory of your restaurants?

The last year has been a rough year. It's nothing like I've seen before. I've opened and closed LV Mar at least four times, because we experienced some COVID-19 cases there, and the first thing we did was close and make sure everybody was safe. Ultimately, we were shut down twice, but we closed on our own another two times during the pandemic.

With vaccinations increasing and California's daily case counts way down, does it feel like we're seeing the light at the end of the tunnel?

I hope so. Although after being through all of this, I'm preparing to wait and see because anything could happen tomorrow. It could be another shutdown or changing gears and operating at 25% ... or that we're allowed to open at full capacity. It's pretty unpredictable.

Tell me about the biggest challenges you've faced as a restaurant owner as it pertains to lockdowns.

I would say it's the uncertainty — that you don't know what's coming. I hope that we're on our way to fully opening up the economy and to making our businesses stronger ... but it's not up to me, unfortunately. There are things that I can do: have good food, serve it right and grow the business. And if the government lets me do business, I will do business. But unfortunately when they shut you down, and you can't do anything other than food to-go, it's not good. That is basically tying your hands and your legs.

Are there moments or experiences you've had this year that you've drawn upon to keep you going? 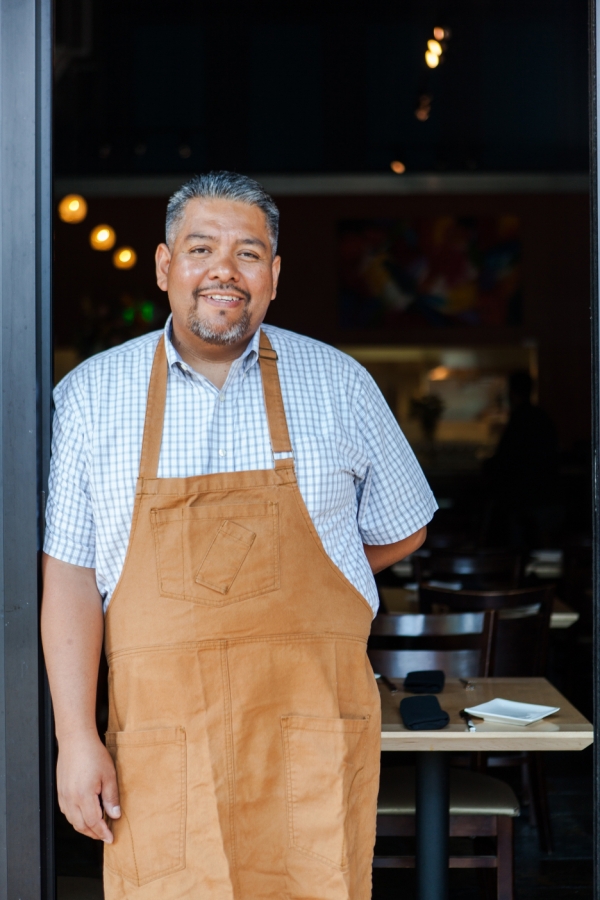 Definitely my employees and my guests coming in and chipping in every day, trying to increase the volume of the business so we can bring another person back to work. Right when we closed the first time, we had like around 50 or so employees between our two restaurants. After we closed, we went down to four.

Opening the restaurants and bringing staff back — that's one of the best feelings I've ever had. I thought everything would be lost, but we've brought people back. ... And then seeing the customers come back — some customers that you haven't seen for months, or even a year, now.

Has the pandemic forced any kind of innovation or revelation in the restaurant space you're excited about?

I think the first one would be teamwork. We work as one now. It's not anymore, "I'm a server, and I only know how to serve people," or "I'm a dishwasher." It's everyone working together to achieve our daily goals. My team has been the highlight (of this year).

I discovered some of the restaurants are better at doing food to-go than others. LV Mar is a pure service-driven restaurant; people go there because they like the space, they like what they get and they want to be served and get together. La Viga and San Agus are also service-based, but the type of food we serve there can be served to-go (pretty) well. So we've been exploring that.

What should customers know about supporting local restaurants during Peninsula Restaurant week?

I'm a service-driven chef and owner. I mean, we're no one without our customers. All that I ask is to be able to be open so I can serve them, and we can shine again. Customers want to go out and enjoy themselves. They want to go out with their friends and drink and eat. I would ask them to be patient with us and to be ready to support local restaurants. This is a hard time for a lot of people. Some restaurants thought they would survive, and they didn't; some closed for a year, and now they're trying to reopen again, and everything is so different. The business is nothing like before.
(Reopening) might be overwhelming for a lot of restaurants, either because they are short people or resources. The industry is upside down, I think. We're looking forward to a much better year, but patience is key while restaurants get back to — well, not normal, but the new normal, whatever that is.