﻿ Would you want a wind turbine in your backyard? | A New Shade of Green | Sherry Listgarten | Mountain View Online |
Include Photos | Include Comments | Print this page | Close Window

Would you want a wind turbine in your backyard?

After I posted about the use of eminent domain for power lines and pipelines, a woman who has been dealing with these issues for years reached out to me. Janna Swanson and her husband Paul own a farm in northern Iowa, where they are raising two kids. For several years they fought a long-distance high-voltage transmission line that would go through their farm, with 200-foot towers and a 150-foot easement, carrying wind power out to neighboring states. Iowa eventually ruled that these lines need to go underground and that project was shelved.

Now she and many others in rural Iowa are concerned about the proliferation of wind turbines. It’s a tough fight because there is a strong bipartisan push for wind in Iowa. It brings in money and jobs to a rural area that is shedding both. It provides clean energy. And wind power benefits from significant federal incentives. On the other side stand some rural farmers who have little time, little money, and little clout. But they keep at it. Would you want a wind turbine in your backyard? 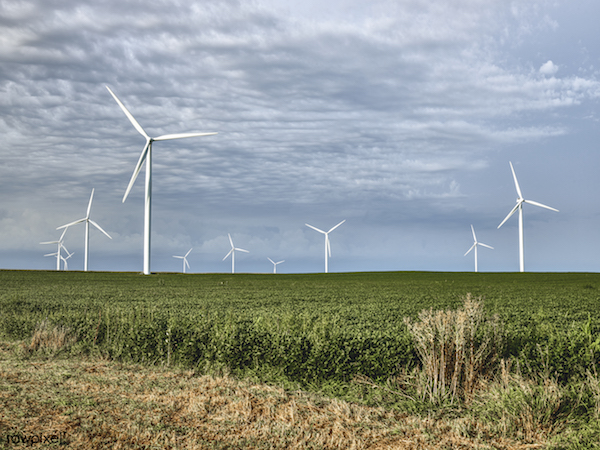 Swanson talks about noise (“like an airplane that never lands”), including low-frequency sound that you can feel rather than hear. Residents of Madison County talk about headaches, nausea, and interrupted sleep. Swanson describes shadow flicker, when the sun shining through rotating blades causes light to flicker on and off over your house. At night, red lights atop the turbines flash in the dark sky. Property values have been hurt. There are functional impacts as well. It takes longer and becomes costlier (and more dangerous) to spray fields, as the pilots have to dodge wind turbines to get access. And heavy machinery going to and from the turbines can dislodge or crack the perforated drainage pipes lying under the soil.

Yet even when residents object and crowd their local forums to speak up, the county may still approve the installations because the political pressure and economic incentives are so big. The residents have learned that they need to elect anti-wind county supervisors, and are pushing ahead with that. Madison County recently won a moratorium on wind development until a better agreement is reached with the utility companies.

Turbines are often sited on plots that have out-of-town owners, for example city-dwelling children who inherited property from farming parents. A turbine might pay $10,000/year and use up 1/10 of an acre of land, so it’s a pretty good deal for these property owners. But the neighbors aren’t always so sanguine. Even the utility companies acknowledge the effects wind turbines may have on neighbors. A waiver spells them out, and neighbors can sign one in exchange for (say) $10,000. You can find an example here. One sticking point is around setbacks. Neighbors want no turbines within a half-mile or even a mile of homes, while utilities want more flexibility so they can install more turbines.

I can only imagine how residents in this area would respond if our utilities opted to install wind turbines near our homes, so I thought readers would be interested in the situation and empathize with the conflict between green energy aspirations and the on-the-ground impacts of some of the solutions. As the CEO of one of the Iowa utilities says: "There's no perfect way to make electricity.”

Swanson does believe the climate is changing. When it comes to zero-carbon energy, she has some preference for nuclear over wind and solar since it takes up much less space and runs reliably. But after all these years of fighting “clean energy”, she isn’t sure that we should be focusing so much on saving the Earth. She doesn’t think the changing climate is caused by or can be fixed by us. She refers to the recent film Planet of the Humans and suggests that our fight is doing more harm than good. More specifically, she believes that it’s wrong to love the environment more than people, and cites a passage from the Bible, Roman 1:25: “They exchanged the truth about God for a lie, and worshiped and served created things rather than the Creator." Over the past year she has “come back to God”, and is focused on strengthening that relationship. “The world is more of a spiritual thing than a physical thing,” she surmises, wishing that people would stop trying to save the Earth and instead turn toward God. “If anyone believes that the climate is damaged yet doesn't turn to its Creator, they are leaving out the most obvious, most powerful solution. God takes care of things. I don't even worry anymore. I don't even fight wind as much as I used to.”

Notes and References
1. The DesMoines register had an overview of some of the contention a few years ago.

2. The Coalition for Rural Property Rights and National Wind Watch are two organizations that are pushing back against industrial wind in Iowa. 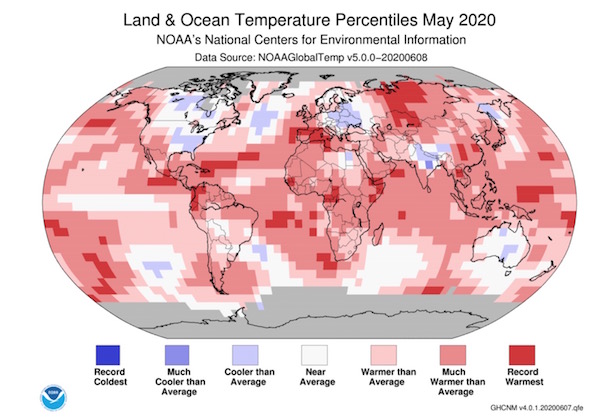