Dan Gordon's -- the reinvented version of the original Gordon Biersch brewery and restaurant, born in the same downtown Palo Alto space in 1988 -- has closed permanently.

"There's no way we can recover. There's no timeline for when it would make sense to reopen," he said. "The oxygen tank is dry." 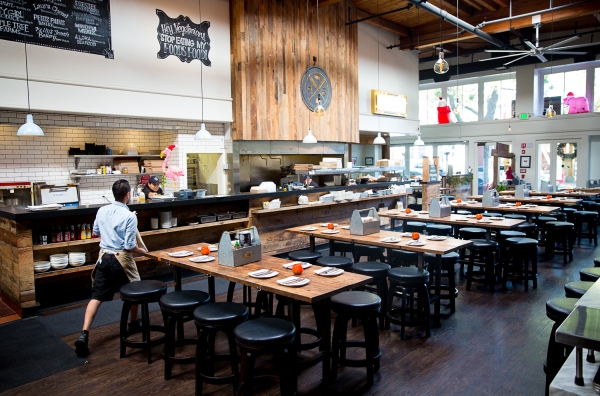 The reinvented Dan Gordon's opened at the original Gordon Biersch location in downtown Palo Alto in 2016. Photo by Michelle Le.

Gordon returned to Palo Alto to open Dan Gordon's in 2016 with Steve Sincheck, owner of The Old Pro and Local Union 271 in downtown Palo Alto (and Gordon Biersch's first-ever bar manager). They poured $1.5 million into renovating the space and updated the menu to focus on barbecue.

Dan Gordon's "already low" sales started to drop in January, which Gordon attributed to the impact of the coronavirus' early spread in other parts of the world. By February, sales were down by 35%. In March, when the Bay Area's shelter-at-home order took effect, they dropped by 70%, he said.

In an interview on Monday evening, Gordon said the numerous unknowns made it challenging to stay open. When will the shelter-in-place order be lifted? When will people feel comfortable dining out in crowded restaurants again? When will Stanford University, whose students, faculty, visitors and athletic events bring "huge" business into Palo Alto restaurants and bars, reopen? Will restaurants that receive loans through the federal Paycheck Protection Program be able to hire back 75% of their staff by June 30, a requirement for the loan to be forgiven?

Dan Gordon's switched to takeout for about a week but sales weren't sufficient to stay afloat. Takeout is "not by any means a long term scenario," Gordon said. 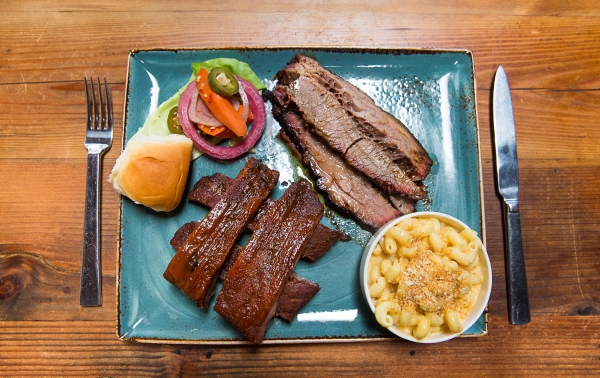 Dan Gordon's menu focused on barbecue made in a 750-pound wood smoker. The restaurant closed permanently in late March. Photo by Michelle Le.

The restaurant closed for good in late March, giving the remainder of its inventory away to employees.

"There are a lot of 'what if's,'" Gordon said. "No prudent, seasoned restaurant operator or owner is going to reopen unless they're really sure that the city is going to pop back.

"They're all scared beyond belief," he said of local restaurant owners.

Gordon pressed the City Council to be proactive in spurring the recovery for local small businesses. He advocated for lowering Palo Alto's minimum wage, now at $15.40 per hour, to align with the state's of $13 per hour. Landlords should also be understanding and work with restaurants on rent payments throughout this time period, he said.

"If you want us to have open storefronts in the next nine months, you’re really going to have to start being proactive and working on brainstorming what you can do for the business community locally to give them an incentive to want to reopen and hire people," Gordon told the councilmembers on Monday. "It's really a tragic scenario."

From his perspective, the coronavirus "accelerated the economic issues of Palo Alto for small businesses.

"But hopefully it will bounce back. It will bounce back, it's just a question of when — and without knowing when, it's going to be very difficult to justify any investment in the city," he said.