Throngs of pre-teens flooded into Sugar Shack after school on Tuesday, Oct. 8, the second first day of business for the downtown Menlo Park candy store.

The original Sugar Shack closed in 2014 after seven years of selling candy on Santa Cruz Avenue. Owner and Menlo Park resident Suzi Tinsley recently decided to reopen a few blocks away at 883 Santa Cruz Ave., across the parking lot from Draeger's. 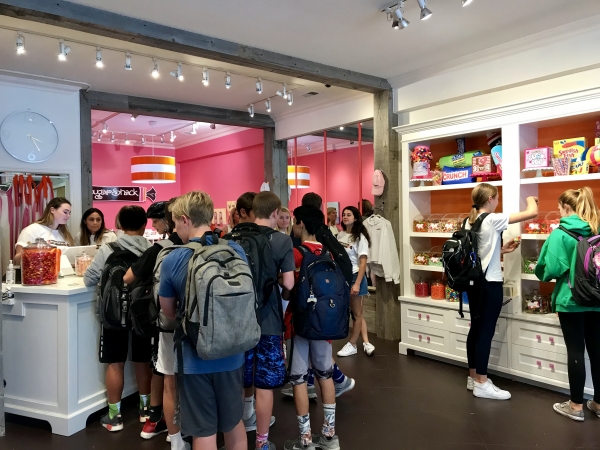 While she continued offering custom candy for private events after closing the shop, she "missed the community piece."

"I've missed all of this," she said on Tuesday, gesturing to the crowd of kids filling plastic bags with jelly beans, watermelon rings, lollipops and candy bars in the brightly colored shop.

The new Sugar Shack resembles and sells the same candy as the old store, though it no longer has a soda fountain bar. The new shop will be open seven days a week; Sugar Shack wasn't previously open on Sundays. 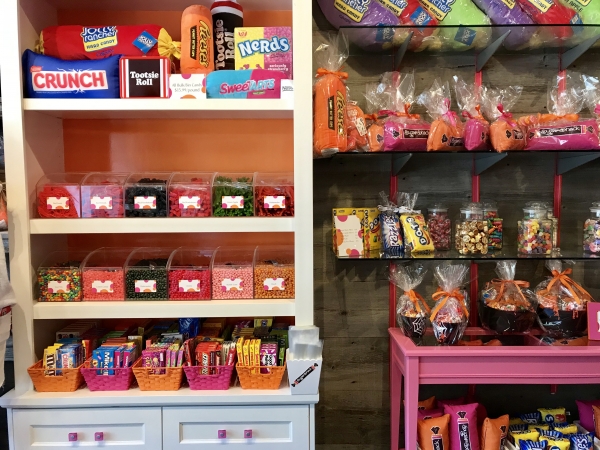 The candy selection at Sugar Shack in Menlo Park. Photo by Elena Kadvany.

Tinsley signed a one-year lease for the space, so the store is a pop-up of sorts. If it's successful, she said she’ll consider renegotiating the lease to stay longer.