Bevri, one of the Bay Area's only Georgian food establishments, has a new chef direct from the Caucasus.

Amiran Tskhvaradze of Georgia, who spent two weeks at the downtown Palo Alto restaurant as a guest chef in July, is back permanently to lead the kitchen, the restaurant announced Wednesday. 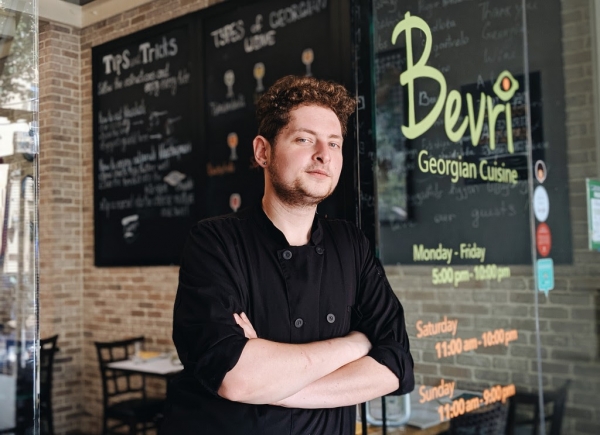 Tskhvaradze's roots are intertwined with Georgian food. He was born in Batumi, the birthplace of adjaruli khachapuri, perhaps Georgia's most well-known and photogenic dish — a boat-shaped bread filled with cheese and topped with a runny egg. His family comes from Imeretia, where many popular Georgian dishes originated, according to Bevri. Tskhvaradze has spent most of his cooking career in Tbilisi, the capital of Georgia. 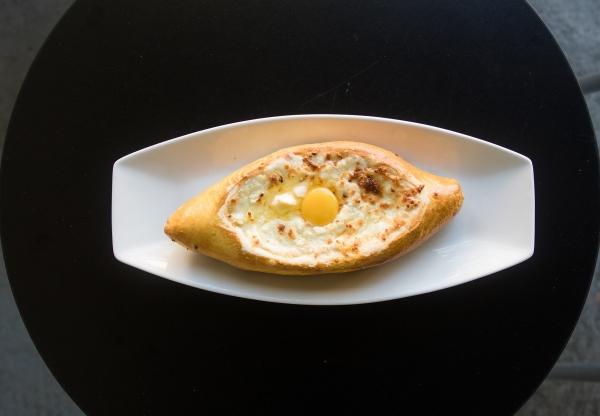 In July, Tskhvaradze developed special dishes for Bevri such as chikhirtma soup with chicken meatballs, egg, cilantro and garlic (his grandmother’s recipe); pan-fried chicken with Georgian polenta; lobiani, a round bread stuffed with kidney beans, tarragon and mint; and chashushuli, beef stew made with tomatoes, onions, garlic, Georgian spices and cilantro.

Tskhvaradze "has already updated most of our menu, with more to come," the announcement reads.

The owners of the only other local Georgian dining option, Mountain View food truck Kolkhida, recently closed the truck to focus on catering and private events, according to a Facebook post.

"Frankly, we often could not operate our food truck because we were so busy preparing for catering and events," the owners wrote. They plan to also continue Kolkhida through pop-ups. (They recently made khinkali, traditional Georgian meat-filled soup dumplings, at a Georgian winery in San Francisco.)

Georgian cuisine is growing in popularity in the United States. In April, The New Yorker declared Georgian food "the next big thing."