After four decades of running as a seasonal market, the Downtown Palo Alto Farmers Market will now stay open year-round.

The market's all-volunteer board of directors made the change for a host of reasons, including increasing market competition and a need to remain financially stable, according to board President Bob McDiarmid.

"When we first started 39 years ago we were the only game in town," he said.

Now, there are year-round farmers markets in nearly every surrounding city — markets that customers would move to when the downtown Palo Alto market closed every year in December. In a survey of vendors and customers last year, they found that they were losing about a quarter of those customers who wouldn’t return when the Saturday-morning market reopened in May, McDiarmid said. 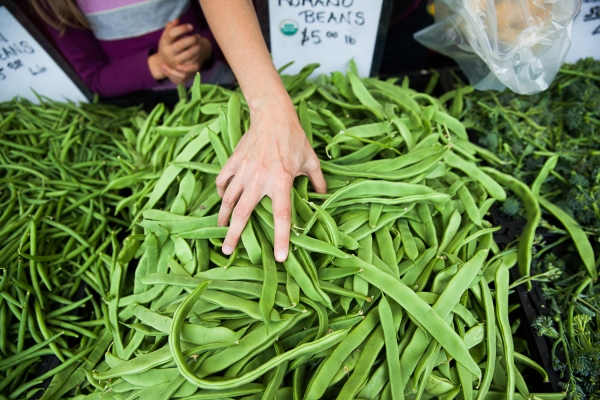 Another main driver was figuring out how to sustain a longtime practice of donating proceeds to Palo Alto senior services nonprofit Avenidas. (Members of the Avenidas board and staff founded the market in 1981 after downtown Palo Alto lost its last grocery store.)

The market, which became an independent nonprofit in 1986, now donates about $20,000 a year to Avenidas.

"One of the reasons to go year-round was so we could be stable financially and still be able to afford a substantial donation" to the nonprofit, McDiarmid said.

This year, the market will close for just two weeks around Christmas but otherwise stay open year-round. They plan to bring in more local prepared foods, including an Indian eatery and dim sum stand, and are planning to offer cooking demos and other events.

"With all the competition going on, whatever we can do to help our vendors be successful and help get their product in front of customers is the name of the game," McDiarmid said.

The Downtown Palo Alto Farmers Market is located on Gilman Street between Hamilton and Forest avenues. It's open on Saturdays from 8 a.m. to noon.