Less than a month after opening, the 108 N. Rengstorff Ave. restaurant had a famous visitor: none other than model Tyra Banks. 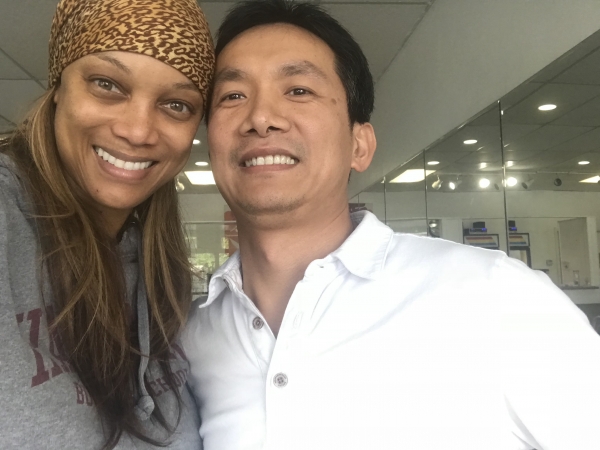 "She was specifically looking for dumplings," said owner Kenny Qiu.

Banks, wearing a grey sweatshirt and a leopard headscarf, ordered pork and shrimp dumplings, soup dumplings, popcorn chicken, sautéed pea shoots with garlic and cucumber salad, Qiu said. (She was with her family and young son.) She also bought frozen dumplings to take home with her.

Dumpling Garden is Qiu's first restaurant. A former IBM engineer and native of southern China, he recently decided he wanted to start his own business and opted to open a restaurant. He did so with the help of his brother, who runs a dumpling restaurant in San Francisco.

At Dumpling Garden, all dumplings and noodles are handmade with the "highest quality" ingredients, Qiu said. The large menu also includes meat and seafood entrees, soups, clay pot dishes and other items.