Hidden Garden Sushi opened on Monday at 2363 Birch St., Suite B, behind Bistro Elan. Like its predecessor, the restaurant serves only brown rice sushi. 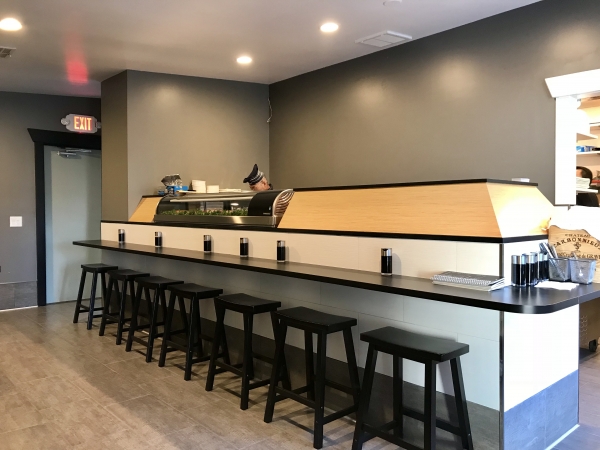 Owner Huong Huynh, a native of Vietnam, said she wanted to open her own restaurant after working for more than 10 years as a server in Japanese restaurants. She took over the tiny Birch Street space after Homma's closed in 2016. She said her husband remodeled the space, which still offers a small amount of seating inside and outside on an updated patio.

All of the sushi is made with brown rice. Huynh said she's using some of Homma's recipes. The menu includes classic and signature rolls, nigiri, sashimi and other dishes such as teriyaki, agedashi tofu, karaage and a poke bowl. View the menu here. 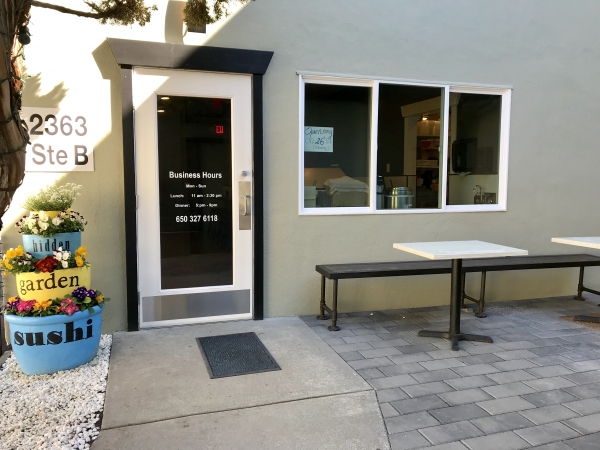 The entrance to the newly opened Hidden Garden Sushi on Birch Street. Photo by Elena Kadvany.