Paulette Trauty, La Panotiq's director of operations, said the 331 Castro St. cafe, which opened in 2015, was the company's highest-volume location, but its growth was limited by a small back-of-house area. The location had maxed out in terms of retail sales and wasn't able to accommodate catering, which Trauty said is the "fastest growing portion" of the company.

The decision to close was also influenced by a fast-approaching minimum wage increase that will go into effect in Mountain View on Jan. 1, Trauty said, and a growing number of French bakeries on Castro Street.

"To grow a business you have to have the ability to consistently increase your volume, especially in a busy location like Castro Street," she said. "If you have inhibited yourself with your own space and you cant do that, that really does become a problem." 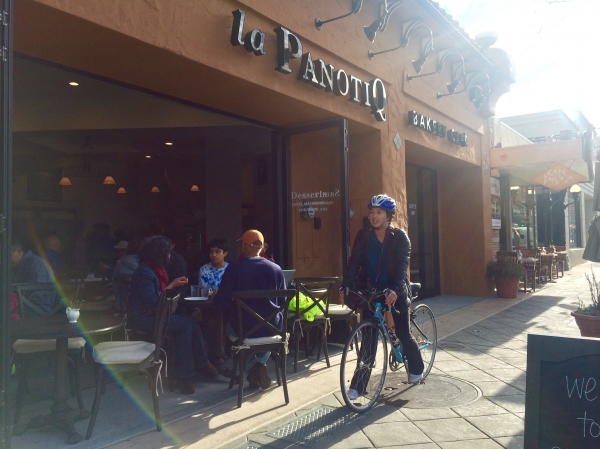 A family — father Mikhail Guterman, wife Natalya and daughter Maria — were inspired to open La Panotiq by trips to France. They opened their own version of a French cafe first in Campbell. Additional locations came later in San Francisco, Livermore and Burlingame. Both San Francisco cafes have since closed and the company is in the process of closing Burlingame, also due to space limitations, Tauty said.

She said when the company first started, catering was not a big part of the business model, but that has changed as corporate catering has exploded in the Bay Area.

The larger Livermore and Campbell outposts do the most catering and will remain open as a result, she said. La Panotiq is also looking to open a commissary kitchen next year to do more catering.

The company is not moving away from the brick-and-mortar retail model, Tauty insisted, but rather focusing on how to be a "more versatile brick and mortar and have that room for growth."