A local chef whose father hails from Tennessee and his mother from Texas is opening a fried chicken restaurant at Town & Country Village in Palo Alto.

Tony Nethery, most recently the chef at Pizzeria Delfina in Palo Alto, has taken over a space at the back of the El Camino Real shopping center vacated by Tava Kitchen in January. 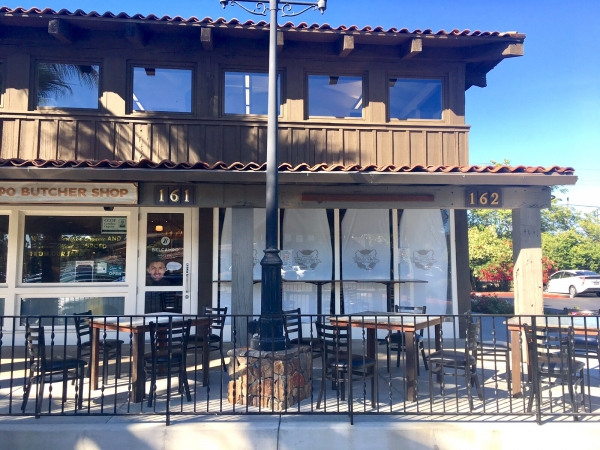 Asian Box wanted to start a program to help up-and-coming chefs avoid the mistakes and replicate the good decisions its founders made when they first started the business, Klein said. He and others from Asian Box have been coaching Nethery through the ins and outs of opening a restaurant, from setting up legal and accounting to making connections with the local community.

Nethery is the first chef to go through the mentoring program, though others are in the pipeline.

Fast Tony's Chicken is "passion project" for Nethery, inspired by the food he grew up eating in Texas, Klein said.

"Fast Tony's Chicken is a classic yet updated take on the chicken shacks of the South," reads a description Klein provided. "Having grown up in Texas eating his grandmother's 'brown bag or cast iron' fried chicken, Tony is now bringing his family recipes to you." 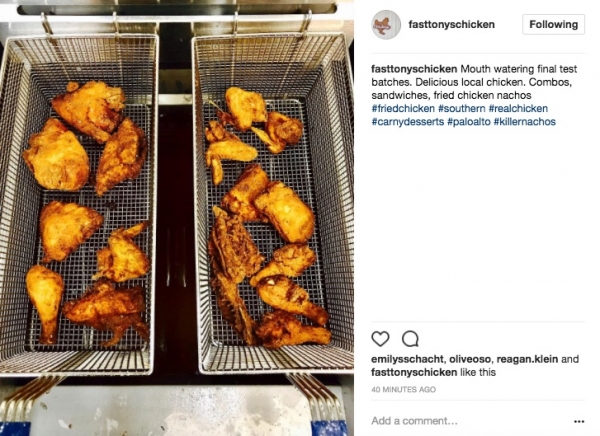 A photo of the fried chicken on Fast Tony's Instagram.

Nethery, a second-generation Mexican-American, became a cook after serving in the U.S. Navy. He went on to work in the kitchens of Mark Miller, who has won a James Beard award and is known for his accomplishments in southwestern cuisine, and Douglas Rodriguez, a well-known Miami chef.

Nethery credits the owners of Pizzeria Delfina, Annie and Craig Stoll, with inspiring him to "open a place near and dear to his heart," the Fast Tony's description states.

The takeout-only restaurant (there is no inside seating in the relatively small space, but some tables outside) will serve a fried chicken sandwich ($9) with Mary's Free Range Chicken, coleslaw, pickles and Duke's Mayonnaise, a 100-year-old cult-favorite mayo made in South Carolina. The sandwich can be served hot or cold.

Diners can also order pieces of the chicken — choose from breast, thigh, wing or leg — with pickles and rolls. The restaurant will also offer catering, and customers can order a half ($28) or full pan ($54) of chicken and sides.

There's also a baked fish sandwich served on King's Hawaiian sweet buns ($9); nachos topped with cheddar and pimento cheeses, pickles and fried chicken ($8 for a quarter pan to $25 for a full pan); and "old-school" baked chicken made with a dry rub ($12 for three pieces with one small side or $22 for six pieces with one large side ).

Nethery plans to partner with one of his new neighbors, Biondivino Wine Boutique, to offer Fast Tony's customers 20 percent off six wines the owner of Biondivino has chosen to pair with his dishes. Fast Tony's does not serve beer or wine.

Nethery is also going to implement a no-tipping policy and give a percentage of the restaurant's sales back to staff, Klein said.

The restaurant will open this Thursday or Friday with limited hours, Klein said, at 855 El Camino Real, suite 162 (next to Belcampo Meat Co.).