The University Avenue restaurant, which opened in November 2013, will close Sunday, Dec. 11. The original Half Moon Bay Sam's will remain, as well as the restaurant's "Chowdermobile" food trucks, co-owner Julie Shenkman wrote in the email.

"After receiving an 'offer we can't refuse' to turn this location into a Wahlburgers gourmet hamburger restaurant, Sam's has now been SOLD," Shenkman wrote. 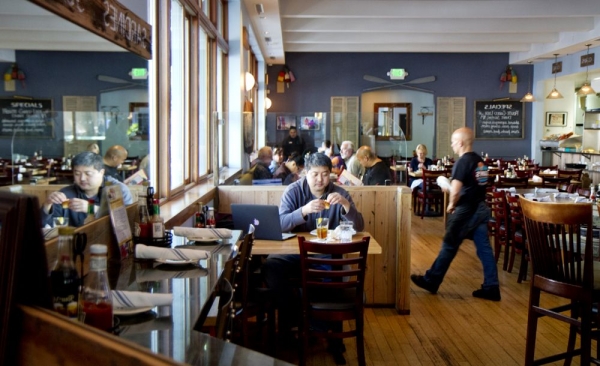 Wahlburgers, which now has locations in Massachusetts, Florida, Michigan, Nevada, New York, Pennsylvania, South Carolina and Canada, was started in 2011 by the Wahlberg family, including celebrity actor-producer Mark Wahlberg and his brothers Paul and Donnie (also an actor). In the midst of a massive expansion effort, they plan to open 30 more locations this year, including the one in Palo Alto. according to Shenkman.

"We are on the road to bringing Wahlburgers to a city near you," Mark Wahlberg said in a March press release announcing five new franchise groups and other openings. "We've created this family business with a mission to welcome families and friends from around the world to a place where they can break bread, enjoy some great food and lots of laughs."

Wahlburgers' website describes the company as a "working class organization, rooted at our family's kitchen table where the only star is the food and the music is laughter and stories."

The family and its restaurant chain are also the subject of a new reality show on the A&E network.

For Sam's, the sale came at a time when the restaurant is shifting its focus to "smaller, fast casual 'cafes' which are easier to staff and operate," Shenkman wrote.

Sam's will be announcing new "smaller cafe locations" in the coming year, she said. In a separate email to the Weekly, she declined to provide further details on what these will look like. 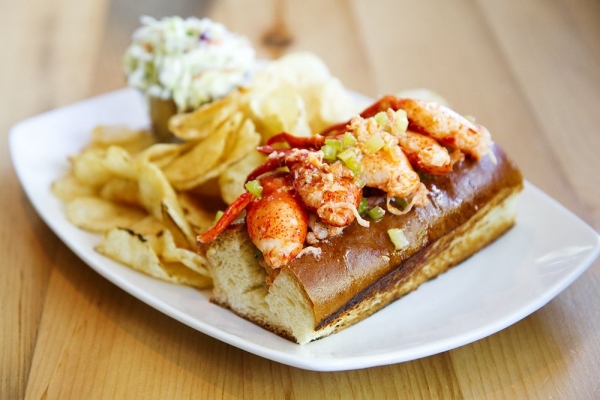 Many Palo Alto staff members will be staying on with the new burger restaurant or moving to the Half Moon Bay Sam's, Shenkman said.

Sam's opened at 185 University Ave. three years ago, replacing the short-lived Campo 185. In 2014, diners voted Sam's "best new restaurant" in the Palo Alto Weekly's Best Of competition and again as "best seafood" in 2015.

Shenkman said that "it's been fun to be in Palo Alto these past three years, and we are grateful for the warm and wonderful reception that we've received from the community."

The Palo Alto restaurant will be open for regular business hours through Dec. 11, hold a few already scheduled private events "and then pass the baton to the new owner," Shenkman wrote.

Stay tuned on an opening date for Wahlburgers. (Shenkman said she couldn't speak for the restaurant chain but had heard the plan is for spring of 2017.)

Mindy Valone, senior media strategist, for Wahlburgers wrote in an email: " No opening timeline yet."

The new restaurant will join other burger spots downtown and close by in Palo Alto, including Umami Burger, SliderBar, Gott's Roadside, Kirk's Steakburgers and The Counter.