The cafe tucked in the back of Palo Alto running store ZombieRunner has made some changes in recent weeks, most notably opening an hour earlier in the mornings.

ZombieRunner is now open daily at 8 a.m. (and until 5 p.m. every day except Sunday, when it closes at 3 p.m.) Co-owner Don Lundell said they faced a line to the door at 9 a.m. most days and figured opening earlier would pay off — and it has. The first week the cafe opened earlier was an "all-time record week" for the cafe, he said. (This might have also been due to the fact that the closest Starbucks, down the street on California Avenue, was closed that week for remodeling.)

Coffee geeks should be excited to hear that ZombieRunner is also now serving nitro cold-brew coffee — cold-brew coffee infused with nitrogen gas, kegged like beer and then poured cold from a tap. The result is a flavorful, slightly effervescent iced coffee that’s become very popular (and trendy), even at massive chains like Starbucks. 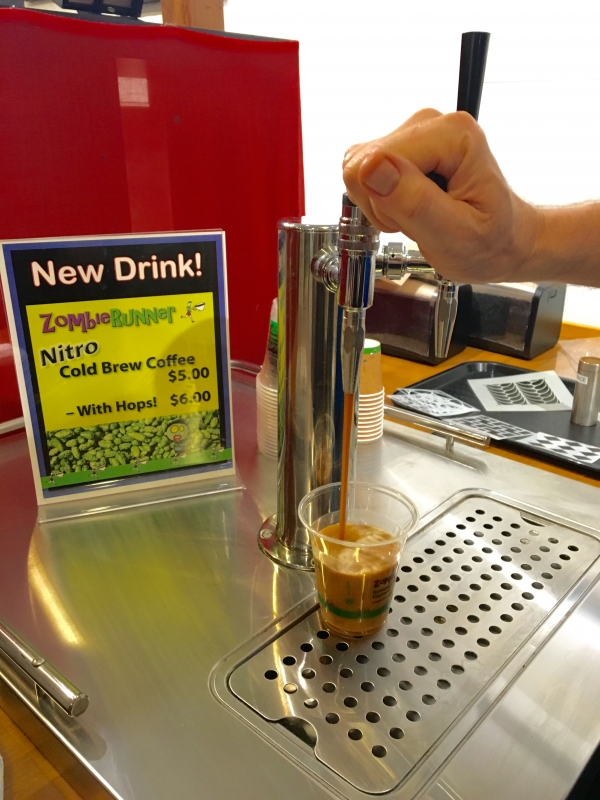 It's still rare locally, however. Lundell thought he might have been the first to offer it. Bliss Coffee and Back Yard Coffee Company in Redwood City both list it on their menus. (Readers: Have you had nitro cold-brew anywhere else on the Midpeninsula?)

ZombieRunner is also serving a hopped version made with citra and simcoe hops, which he said are typically used to make India pale ale (IPA) beers. Lundell said they tested making the coffee with 20 or so different kinds of hops, and needed ones with a "pretty big profile" to stand up to the strong coffee flavor.

The regular cold-brew is $5 and the hopped version, $6.

Expect to see more drinks based on the nitro cold-brew on the way, including "nitro creams," which will be sweet drinks, Lundell said.

Lundell has also been steadily expanding the cafe’s snack offerings, with hard-to-find licorice, dark chocolate, Stroop waffles and more. With a strong licorice following locally, there’s also now a “Zombies like licorice” drink — coffee and steamed milk with licorice syrup and raw licorice powder from Lakrids, a Denmark company that claims to be the world’s only producer of handmade boiled licorice.

Lundell said ZombieRunner's popularity has seriously grown over the last few years, particularly so in 2016. He attributed the growth in part to the city’s recently completed revamp of California Avenue, with new crosswalks, wider sidewalks, new furniture and more. 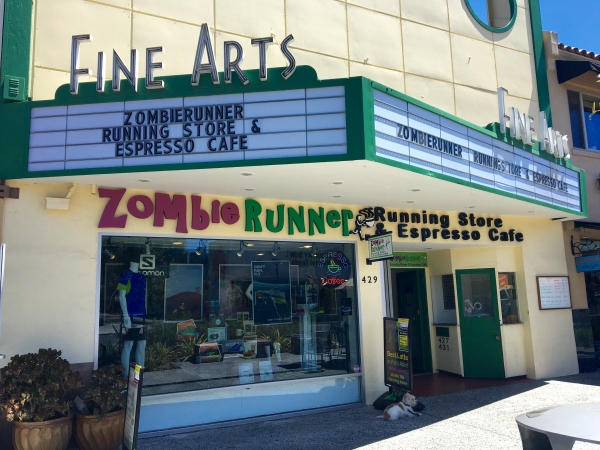 He's also looking to open another ZombieRunner in the area; stay tuned for more news on that front.