Feeling Crabby About The Season?

Feeling crabby about the season, or should we say the non-season? On November 6, the California Department of Fish and Wildlife (CDFW) made an emergency ruling to delay indefinitely the commercial crab season due to high levels of domoic acid, a neurotoxin, found in crabs along the Central and Northern California coast. It’s unfortunate for eaters, and especially for fisherman who are already suffering from a poor fishing season.

The crabs aren't too excited about it either.

In response, the inaugural Half Moon Bay Crab Fest, planned for January 30-31, 2016, has shifted its focus for 2016 to be reborn as SOS Seafood Fest: Sustaining Our Seas, to be held Saturday, January 30, 2016. It will include a symposium on ocean warming and sustainability, the seafood chain, and the role of the restaurant industry and food-serving community in helping to shape the future of local seafood.

The event is in Princeton-By-The-Sea, north of Half Moon Bay. Food trucks, local wines, small batch craft beers and unique SOS special cocktails will be on hand. It's music, ocean-inspired arts and crafts, booths by local surf and watersports businesses, plus ocean advocacy groups with information on marine life, fisheries and sustainability. Kids flip out at Fintastic Funzone. I teach Cook While Boogie Boarding on the side beach. 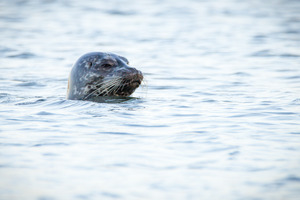 So let's rally for the sea and learn more about her, and our local harbor.

This event benefits Mavericks Coastside Foundation, the Cabrillo Education Foundation (CEF) and local organizations working to preserve the coast and its marine life.

The sea, once it casts its spell, holds one in its net of wonder forever.