From vegan sushi rolls to dairy-free ice cream, there’s no shortage of options for plant-based eaters. 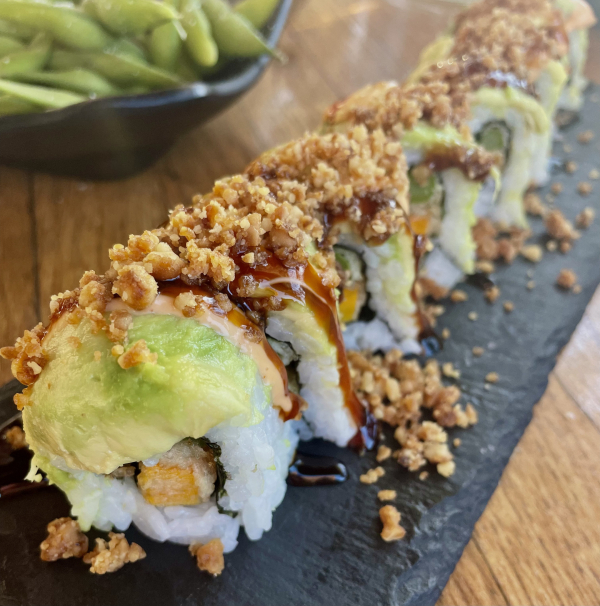 The vegan Veggie Tiger roll has tempura pumpkin and asparagus inside and is topped with special sauce and crispy walnut. (Photo by Stephanie Gerson)

For plant-based eaters on the Peninsula, it can often feel like there is a lack of fully plant-based restaurants or eateries that carry substantial vegan options. San Francisco may be home to many innovative vegan restaurants, but there are several establishments on the Peninsula serving up delicious plant-based food. This list is in no way exhaustive, but it provides plant-based options for made-to-order cakes, Chinese food, quick bites and more from Mountain View to Daly City.

Oh Baby Sushi: Tucked away on Roosevelt Avenue in Redwood City is Oh Baby Sushi, a sushi house with a separate menu dedicated to vegan sushi rolls. The restaurant has created seven vegan rolls with fillings including tempura pumpkin, sweet tofu skin and spicy bean curd. Each roll is topped with a special sauce and topping, elevating and reinventing the simple veggie rolls served at most sushi restaurants. 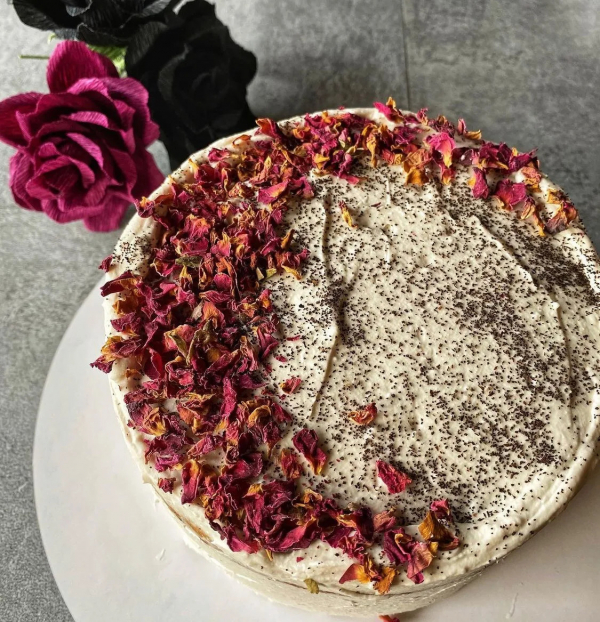 Customers can order six-inch or four-inch cakes and choose from a selection of flavor combinations, such as Earl Grey with rose. (Photo courtesy Shrutti Boddhu)

Shru’s Kitchen: If you’re looking for a vegan cake for an upcoming celebration try home baker Shrutti Boddhu’s layered cakes, which have unique flavor combinations such as Earl Grey tea, lemon hibiscus and masala chai. Cakes are frosted with coconut cream and topped with dried rose petals and candied ginger. Orders can be placed through the Shru’s Kitchen website. 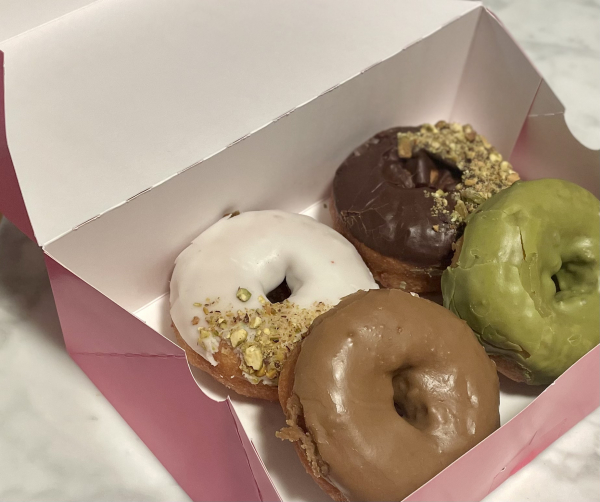 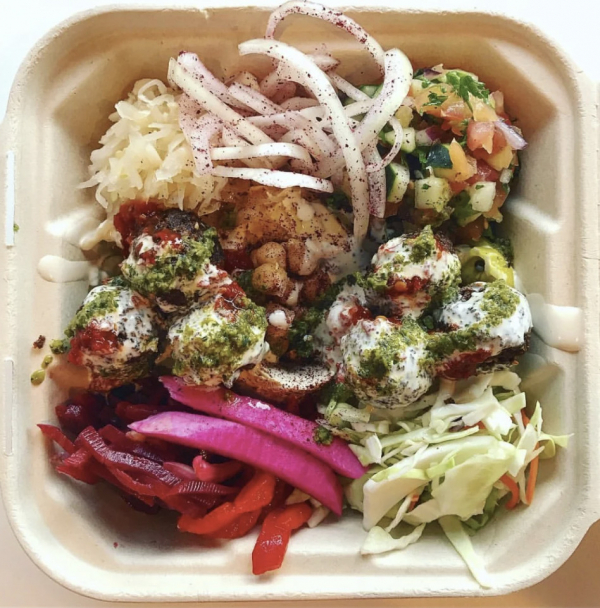 The Falafelle Container is one of four main dishes at Falafelle and includes six falafel served with hummus and various vegetables. (Photo courtesy Falafelle)

Falafelle: Falafelle is a fully vegan, counter-serve Mediterranean restaurant that’s a cult favorite among falafel fanatics. Their menu, consisting of pitas and falafel combos, is simple, but each entree is served with a multitude of toppings including pickled cucumbers and sumac onions. Guests can end their meal with a piece of vegan baklava. Falafelle also opened a new sister restaurant earlier this year in San Carlos, Jood, which also offers several vegan and vegetarian sides and “sandweeshes.” 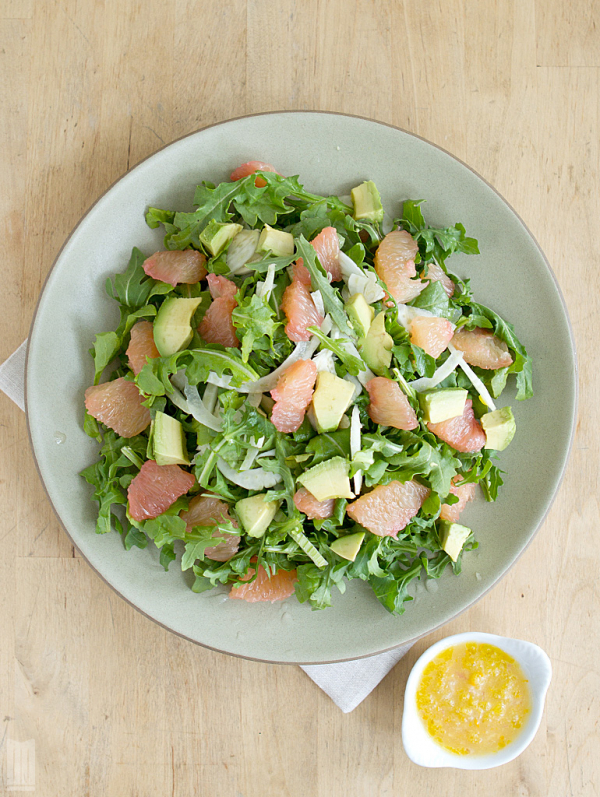 Customers can expect items such as this fennel arugula salad to be featured in the weekly menu. (Photo courtesy Kerry Bitner)

Que SeRaw SeRaw: Que SeRaw SeRaw releases a fully vegan menu every week, with grab-and-go breakfast items, salads, entrees, snacks and desserts available for pickup throughout the week. In addition to these special menu items, baked goods and treats such as raspberry cheesecake and blueberry scones are sold at their storefront in Burlingame. 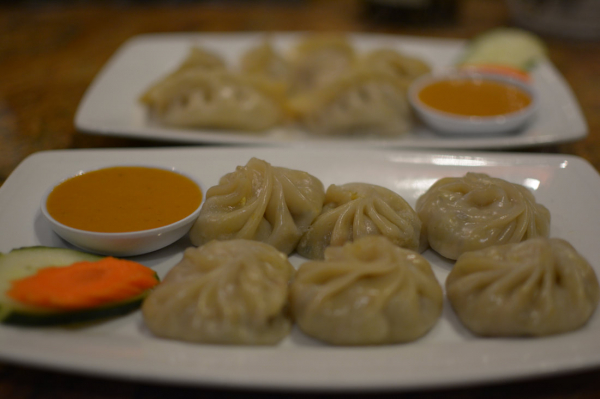 Monsoon Himalayan Cuisine: Along the coast, Monsoon Himalayan Cuisine specializes in traditional Nepalese dishes with plenty of meatless options such as vegan samosas, dal and seven other vegan and gluten-free entrees. Owner Ram Chandra Subedi immigrated to the United States from Nepal in 1995 with the hope of sharing his family’s recipes in America after serving guests from around the world at his restaurant in Nepal. 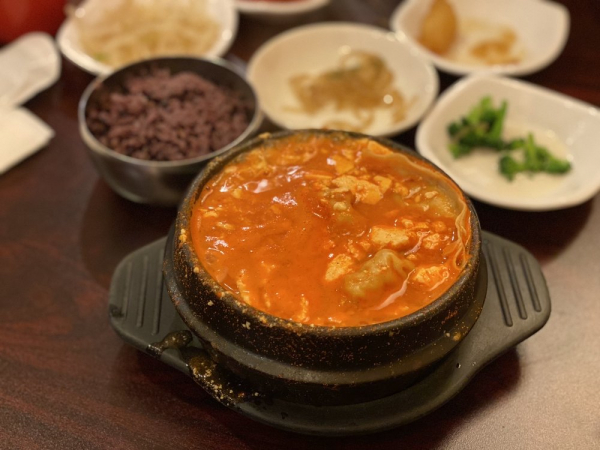 Each soondubu dish is served with rice and a variety of side dishes. (Jen L./Yelp) 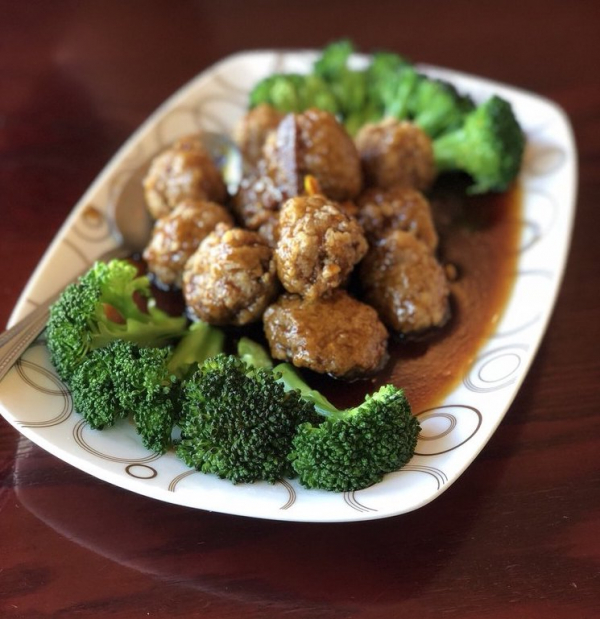 Chicken dishes from Garden Fresh, including the Orange Chicken, are made from a vegan soy bean gluten mixture. (Bryan W./Yelp)

Garden Fresh: With locations in Mountain View and Palo Alto, Garden Fresh is one of the few fully vegan Chinese restaurants on the Peninsula. The restaurant puts a creative twist on traditional Chinese food by using plant-based proteins and vegetables to mimic popular dishes such as Kung Pao chicken, beef with broccoli and sweet & sour pork. 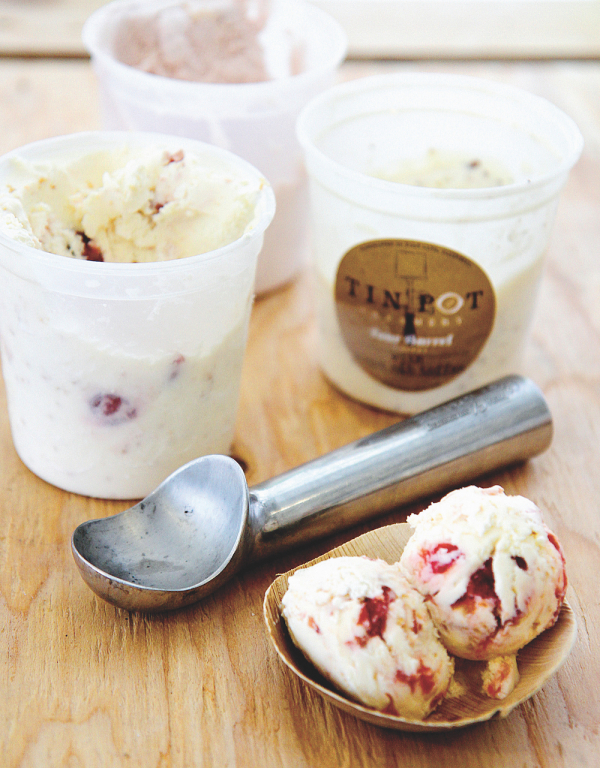 Tin Pot Creamery: Tin Pot Creamery has been satisfying the ice cream cravings of Bay Area residents since 2012, founded by former Facebook culinary team employee Becky Sunseri. The ice cream shop has five locations on the Peninsula, plus a location in San Francisco, all of which carry a selection of vegan ice cream flavors. The vegan flavors currently available at Tin Pot locations are brownie batter, coconut, mango and strawberry lemonade. 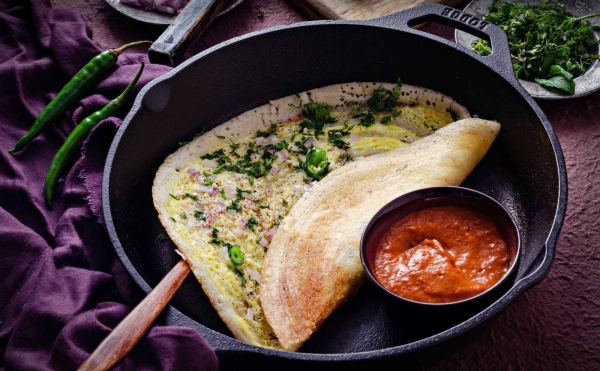 Danny is a registered user.


Falafelle is one of my fav food!

Report Objectionable Content
Posted by pvsusa, a resident of Portola Valley: Central Portola Valley,
on Jul 27, 2022 at 3:20 pm
pvsusa is a registered user.


I'm surprised you didn't include Wildseed in the Town and Country Shopping Center. It offers delicious vegan food.

Report Objectionable Content
Posted by Vickie, a resident of Barron Park,
on Jul 28, 2022 at 1:17 pm
Vickie is a registered user.


Thanks for this! I look forward to trying some of ones I'm not familiar with.
Definitely recommend Wildseed in Palo Alto. It's 100% plant-based, but with dishes that appeal to omnivores.

Report Objectionable Content
Posted by Frozen, a resident of Menlo Park: Linfield Oaks,
on Jul 30, 2022 at 9:27 am
Frozen is a registered user.


So there are only two vegetarian restaurants on the peninsula, plus Wildseed. Fhat's pretty pathetic actually.

It's nice that the other restaurants named in this article offer veg-friendly options, but almost every restaurant does.

New sushi restaurant and steakhouse coming to Palo Alto in 2023
By The Peninsula Foodist | 5 comments | 3,027 views

What Do You Get Out of Being Stubborn?
By Chandrama Anderson | 0 comments | 1,609 views