The Peninsula has a new Thai-inspired chicken destination with Roost & Roast. 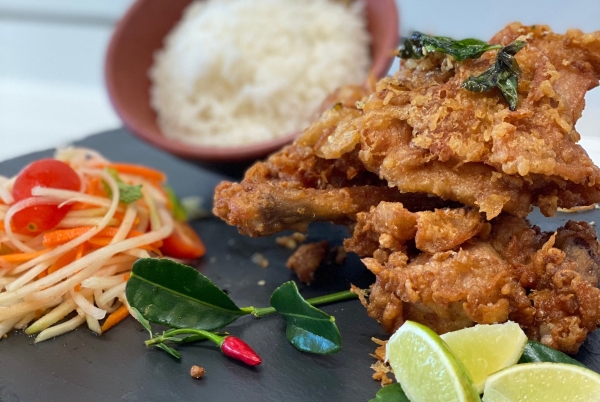 Roost & Roast's hat yai fried chicken is made with potato starch batter, resulting in an airy, crispy texture. The restaurant opened in Palo Alto in June. The recipes are developed by owner Brandon Poon's mother. (Image courtesy of Roost & Roast.)

Roost & Roast aims to change that. It opened in Palo Alto in June, featuring hat yai fried chicken. Available as a meal with sides or a la carte, the batter's made with potato starch, resulting in a texture that's airy and crispy. BBQ and popcorn chicken are also on the menu.

While chicken is the claim to fame, Roost & Roast also serves up egg-topped pad krawpow, stir-frying basil with chicken, pork or tofu, as well as pad thai, fried rice, salads and roti. 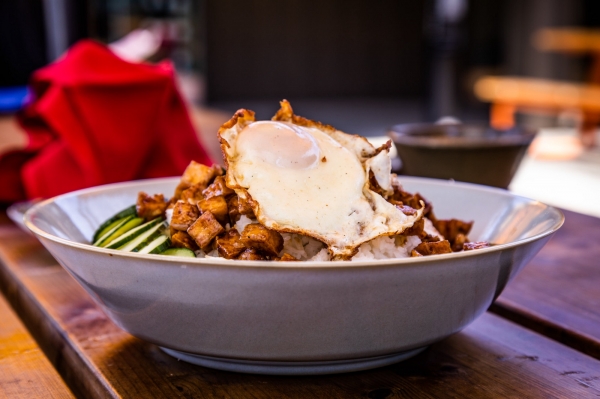 Roost & Roast's pad krapow with tofu, stir-fried with basil and topped with an egg. It's also available with chicken or pork. Owner Brandon Poon says the new family-run restaurant is an "attempt to come back" after they had to close their longstanding business in Mountain View due to the COVID-19 pandemic. (Image courtesy of Roost & Roast.)

"Here we try to do things traditional," Poon says. "We still use a mortar and pestle, palm sugar and coriander. We do a lot of things by hand."

Inspiration for the menu was planted while trying street food during a family trip a couple of years ago. Poon's family went to Thailand to visit the hometown Poon's mother had immigrated to from Cambodia.

Ramping up is not without its challenges. Poon says it's "back to square one," even as seasoned restaurateurs who've been in the Peninsula hospitality industry for decades.

"We built a successful business in the past. It's a new set of challenges, but it's doable." 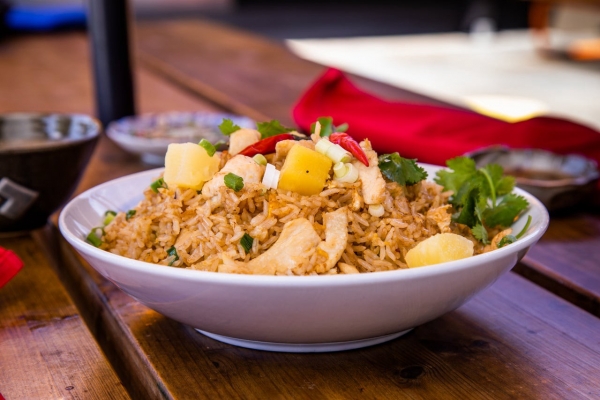 They were at that location for 17 years before the COVID-19 pandemic prompted them to refocus their business model.

Sales they counted on from tech companies dropped precipitously. They received a small amount of funding from government relief in the early days, but "it wasn't quite enough for us — we still had to walk away. But I think that's a given. I really don't know what they can do to help," Poon says.

Rather than serving 700 customers a day as they did pre-pandemic, the family business now serves about 100. Starting out new, that's to be expected, Poon says. 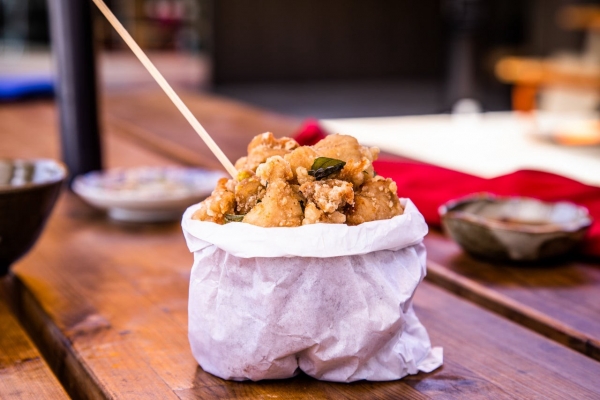 Roost & Roast's popcorn fried chicken. Because of the pandemic, owner Brandon Poon's family moved their business focus from serving companies in Mountain View to serving the community in Palo Alto, where Poon grew up. (Image courtesy of Roost & Roast.)

"It's just learning to start over again that's the biggest challenge … This is our attempt to come back."

They're finding a flow. Some days the food sells out, and others there's a minimal number of customers. Hiring is especially difficult as the restaurant industry faces a labor shortage.

"Right now it's just hard to find staff. It is a true family business. I'm working, my father's working, my mom's working," Poon says. "It's a true small business going on right now while we try to figure everything out."

They're doing so close to home. Roost & Roast's arrival in Palo Alto marks a homecoming for the Gunn High School grad and his family.

"We grew up in Palo Alto," Poon says. "It's nice to finally have a business in the area where we grew up."

Dig into food news. Subscribe to the Peninsula Foodist newsletter. Every other week, get insight into the latest openings and closings, learn what the Foodist is excited about eating, read exclusive interviews and keep up on the trends affecting local restaurants.

Bay Area public transit is in trouble: Can our failing systems be saved?
By Diana Diamond | 31 comments | 2,774 views

Dating/Dating Profile: Say What You Are Looking For
By Chandrama Anderson | 0 comments | 1,797 views