Uploaded: Feb 9, 2021
Downtown Burlingame is home to several new or soon-to-open businesses, including a Taiwanese boba shop, a local baked goods pop-up, Turkish street food and an outpost of a national burger chain.

Read on for more details. 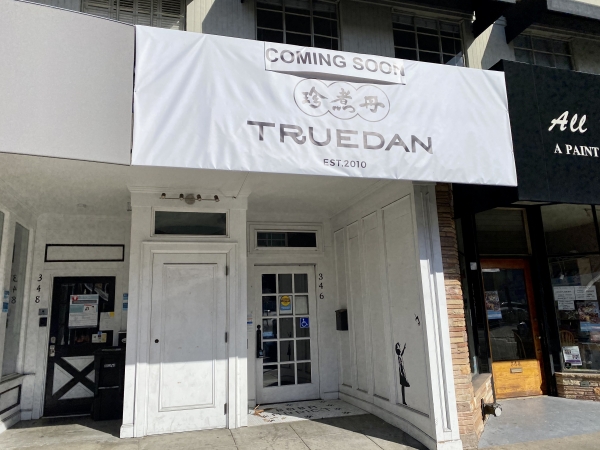 Truedan, a Taiwanese boba shop, will open in Burlingame in late February. Photo by Elena Kadvany.

Before opening a boba shop in the U.S., Dickson Sum went to Taiwan to sample his way through the country's best boba. He'd usually finish about half his drink and move on to the next one.

But when he first tried Truedan's boba, he found himself finishing the entire thing. He was impressed by the Taiwan chain's quality and wanted to bring it to the Bay Area.

Sum opened the first U.S. location of Truedan at Skyline Plaza in Daly City in the fall, then another at the nearby Westlake Center. He's gearing up to open his third shop at 346 Lorton Ave. in Burlingame on Feb. 21.

Truedan started as a small kiosk at the famed Shilin Night Market in Taipei in 2010 and has since grown to over 100 international locations. It's known for its brown sugar boba, a trend that's steadily sweeping the Bay Area as well-known Taiwanese chains open up shop here, like Tiger Sugar in Cupertino.

Sum imports the brown sugar and boba pearls from Taiwan — the pearls are a little smaller at exactly 0.85 centimeters to ensure a more consistent texture throughout, he said — but uses local ingredients for everything else, including organic milk from Straus Family Creamery. They soak the boba in brown sugar, which amplifies the caramelized flavor. 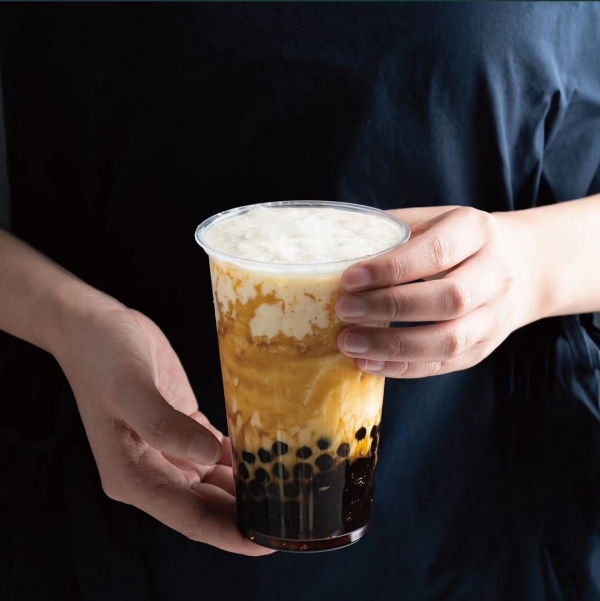 Truedan's menu is purposefully small, with about 10 drinks. (Sum also chose to not offer delivery, worried that the quality of the drinks would suffer.) There's the popular brown sugar boba, plus a jasmine green tea latte with crema, black tea with roasted buckwheat, Thai tea latte and mango ice with coconut milk and agar jelly, among other drinks. Topping options include boba, pudding, grass jelly, crema and fresh taro.

The sugar and ice levels of all drinks are customizable. For the brown sugar boba, Sum recommends 30% to 50% sweetness.

Sum has teamed up Cafe Mei in Fremont to serve Taiwanese breakfast sandwiches at all Truedan shops on Thursdays. The sandwiches come on soft white bread with three layers of housemade mayonnaise, cucumber, egg and ham or a pork patty. The sandwiches are usually only sold on Cafe Mei's Facebook and sell out quickly, Sum said. He hopes to collaborate with other local businesses to offer specials at the boba shops.

Lizzy Detert has, indeed, been busy: After selling her made-from-scratch brownies, cookies and cakes at the Burlingame farmers market, she moved into 1400 Burlingame Ave. for a temporary pop-up in October. (The space was last occupied by David's Tea.)

Detert's pop-up was slated to close at the end of 2020 but the San Mateo native and home baker happily was able to extend it for the next few months. 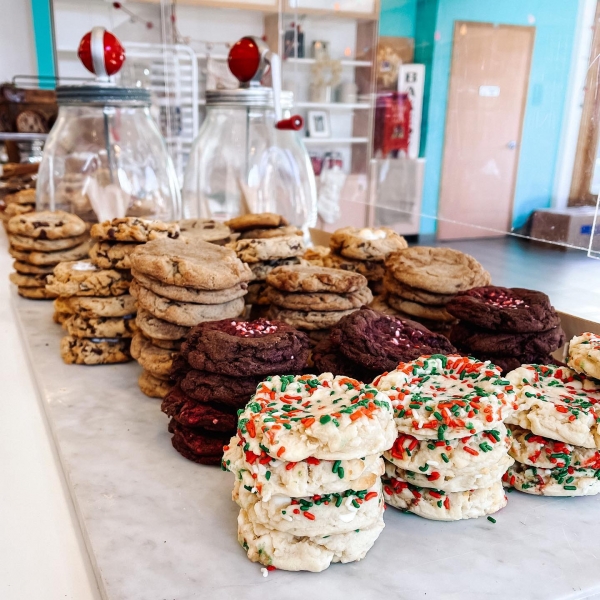 Head there for caramel-oatmeal-pretzel cookies, brown butter butterscotch blondies and other sweets. You can order online or place a special order by emailing [email protected] You can also still find Detert at the farmers market on Sundays. 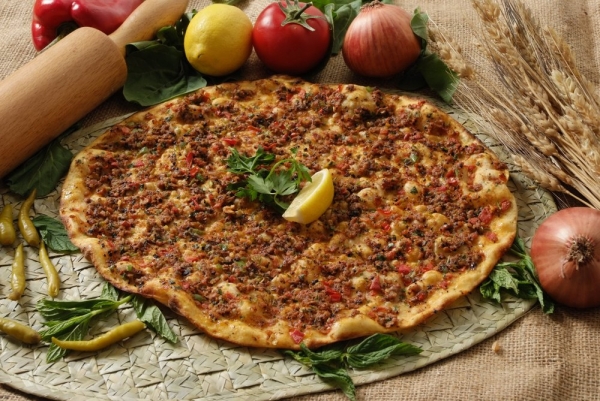 This new restaurant specializes in Turkish "pizza" -- including etli ekmek, crispy flatbread that stretches no less than 25 inches long and is covered with ground lamb, beef, tomatoes, onions, parsley and green pepper.

ICYMI, Sapore Italiano Ristorante has been hosting a fresh pasta market in front of the Burlingame Avenue restaurant on weekends. You can buy the restaurant's squid ink linguine, pappardelle and other housemade pastas.

"Coming soon" signs for national burger chain Wahlburgers are up at 1218 Burlingame Ave. The company, owned by celebrity family the Wahlbergs, did not immediately respond to an inquiry about when this location will open. 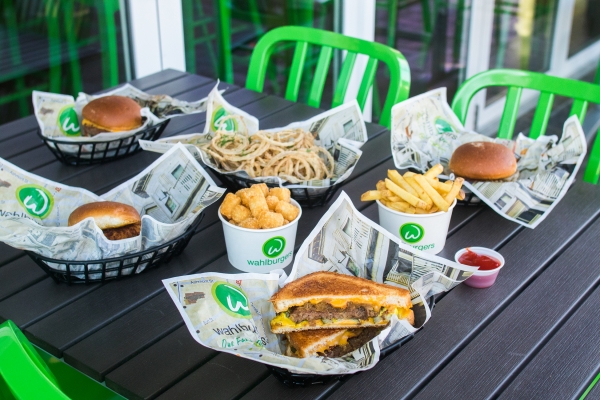 A selection of burgers and sides from Wahlburgers in Palo Alto. Photo by Veronica Weber.

Paul Wahlberg, together with his two brothers — actor-producer Mark and actor Donnie — started Wahlburgers in the Boston area in 2011. They opened their first Northern California location in downtown Palo Alto in 2017. The menu includes classic hamburgers, a patty melt, turkey burger and, of course, a plant-based Impossible Meats burger, plus truffle fries, bacon macaroni and cheese and sweet potato tots.

A fond farewell from the Peninsula Foodist
By paloaltoonline.com | 21 comments | 5,361 views