JuiceBox opened in December at 318 Arguello St., where he and his wife Kristi Borrone ran Kristi Marie's until last March. The couple sold the business in late February, but when shelter-in-place took effect shortly after, the buyers backed out, Tarazi said. 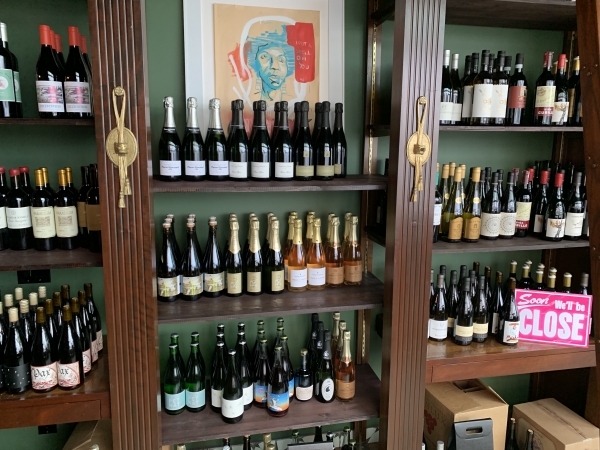 Tarazi was on his way out from Bottle Shop, a wine bar he opened a few blocks away in 2018, so he decided to open his own shop and tasting room. (Bottle Shop is still open under different ownership.)

Tarazi began his career as a manager at the longtime, now-closed John Bentley's in Redwood City. He met Borrone while working at her family's iconic Cafe Borrone in Menlo Park. They went on to open two restaurants together, Station 1 in Woodside and Kristi Marie's.

While the majority of the wine Tarazi sells subscribes to the notion of hands-off winemaking with little intervention — often captured in the broad umbrella term natural wine — he doesn't strictly define JuiceBox as a natural wine shop. He wants to highlight "winemakers who respect their land, using organic or biodynamic farming to produce wines with little to no addition, wines that let the terroir and style shine through," the JuiceBox website reads. 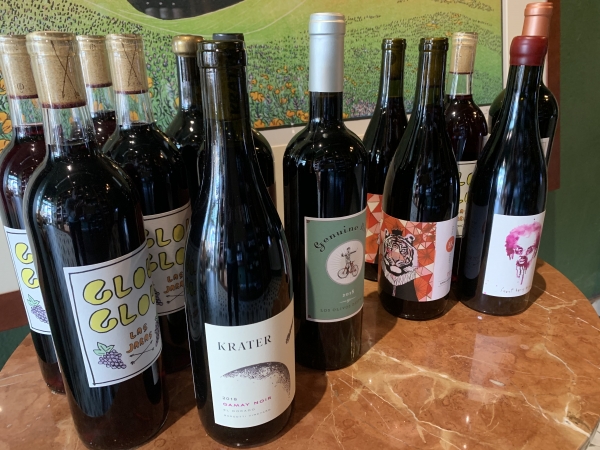 A selection of wines from JuiceBox in Redwood City. Photo courtesy Zu Tarazi.

Unlike Bottle Shop, which was focused on California wines, JuiceBox's shelves are stocked with bottles from Northern California, Oregon, Italy, France and Mexico. There are wines made by Jamiee Motley in Sebastopol, who lost nearly her entire vintage of 2019 wine in the Glass Fire this fall; grenache and chardonnay from Florez Wines, an organic producer in Santa Cruz; and syrah from Donkey & Goat Winery in Berkeley, whose biodynamic wines have nothing added except for minimal sulphur.

For now, JuiceBox is only open for pickup and delivery but when public health restrictions allow for it, the shop will offer by-the-glass tastings, winemaker events and Equator Coffee espresso. JuiceBox won't serve food, unless it's slabs of focaccia made by Borrone (a popular offering at Bottle Shop when Tarazi ran it.)

JuiceBox also offers a wine club that comes with three bottles per month for $90.

Tarazi's goal at JuiceBox is to encourage customers to drink wine as locally as possible.

"The same way you're approaching your food and trying to support local restaurants, I think it's really important that we take that step with buying wine," he said. "I know convenience wins a lot of the time but I hope that there's a little more consideration of where their (customers') buying power is."

JuiceBox is open Tuesday-Saturday from 10:30 a.m. to 7 p.m. Tarazi offers same-day delivery within 5 miles of the shop on orders placed online before 4 p.m.

New sushi restaurant and steakhouse coming to Palo Alto in 2023
By The Peninsula Foodist | 5 comments | 2,581 views

What Do You Get Out of Being Stubborn?
By Chandrama Anderson | 0 comments | 889 views