Uploaded: Dec 24, 2020
After modern Indian restaurant August 1 Five closed in San Francisco this month, chef Manish Tyagi was left looking for a new job in the midst of the pandemic.

He ended up teaming up with his partner, Anupam Bhatia, who owns Broadway Masala in Redwood City, to bring a new Indian restaurant to downtown Los Altos. This week they opened Aurum at 132 State St. (the former home of high-end restaurant Ambience) for takeout and delivery only given the current public health restrictions. 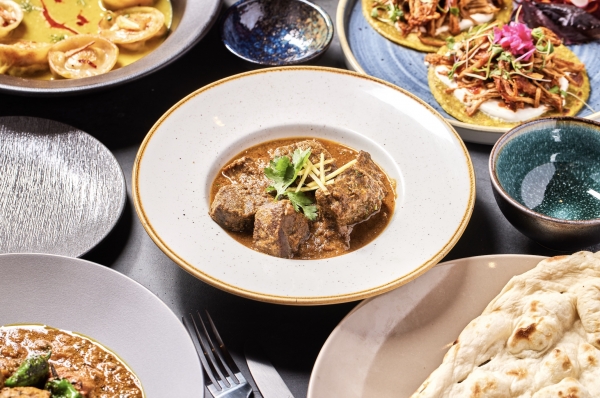 Tyagi, who was born and raised in Dehradun, India, brings years of culinary experience at restaurants including the now-closed Amber Dhara in San Francisco and Rasika West End in Washington D.C. He also actually defeated chef Bobby Flay on the Food Network's "Beat Bobby Flay" in 2018. (His winning dish? Paneer spinach lasagna.)

While the owners describe Aurum's food as "modern" and "progressive," the goal, Tyagi said, is to highlight "forgotten" and lesser-known dishes from throughout India. One example is junglee, a lamb stew that's cooked over low heat in an enclosed vessel with mustard oil, coriander, cumin, garam masala and other spices for as long as two hours, Tyagi said. There's also deccan shrimp, head-on shrimp that are grilled and served over a grits-like mixture of lentils and mung beans, he said. 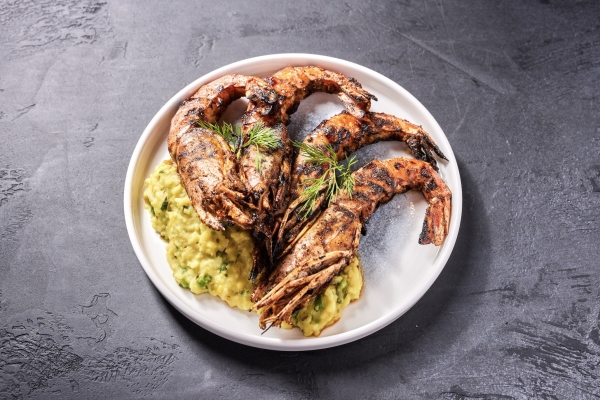 "We committed to bring forgotten recipes and the nostalgia of Indian cuisine," Tyagi said.

The owners thought by the time Aurum opened, the restaurant would be able to at least serve people outdoors if not also indoors at limited capacity. With State Street closed to traffic, Aurum has enough space outdoors to seat 25 to 30 people. 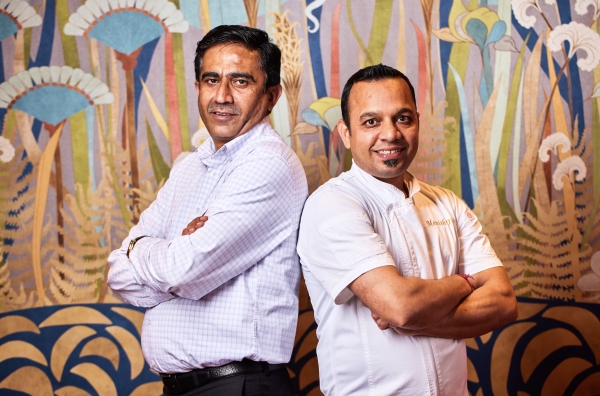 For now, Tyagi is holding off on some dishes that he knows won't hold up well in takeout boxes, like a shell made from semolina and whole wheat flour that's stuffed with garbanzo beans, cucumber, yogurt, tamarind, mint and cilantro chutney. But operating as a takeout operation for now is almost like a soft opening that's allowing Tyagi to tweak and hone dishes.

Aurum is open for takeout and delivery Tuesday-Sunday, 4-9 p.m. The restaurant is closed on Christmas but open on New Year's Day.

Pat Markevitch is a registered user.


If it's as good as Broadway Masala in Redwood City, then Los Altos is lucky. Go try it.

Report Objectionable Content
Posted by Old PA Resident, a resident of Old Palo Alto,
on Dec 26, 2020 at 10:49 am
Old PA Resident is a registered user.


We love Indian food but find it is often heavy so it is a rare treat. Am hoping someone will make lighter, healthier Indian food. More veggies, less heavy sauce, but still with wonderful Indian flavors. Hope this isn't a contradiction.

Report Objectionable Content
Posted by Rose, a resident of Mayfield,
on Dec 28, 2020 at 9:54 pm
Rose is a registered user.


Yummm -- I can hardly wait to try Aurum. I LOVE Indian food and the photos look great. May we get back to normal dining soon so we can try all your treats! Good luck in Los Altos.

We need an audit of city spending
By Diana Diamond | 7 comments | 1,889 views