"I hated it because I was forced into it," he said. "I left that and went into finance because I thought it was more glamorous."

Several decades later, however, Zahedi was drawn back to pizza. After a particularly memorable pie at Pitfire Pizza in Los Angeles, he bought a wood-fired oven and started experimenting at home while working as an investment manager. Eventually, his home hobby grew into an idea for a restaurant. In 2016, he opened Rise Pizzeria in Burlingame with his wife, Susan Payrovi (who's a physician at Stanford Health Care). He left finance a year later to focus on the restaurant full time.

Last week, they opened their second restaurant: Rise Woodfire, located in a historic building at the San Mateo train station at 2 North B. St. The restaurant serves the same thin crust, wood-fired pizza as at Rise Pizzeria, the dough made from four flours that are fermented using a sponge method over three days. More than a dozen pizzas are available, or you can build your own from a range of cheese and toppings.

The open kitchen is equipped with two wood-fired ovens that were handbuilt in Naples. The owners name the ovens after important women in their lives. At Rise Pizzeria, they're named after the couple's mothers; at Rise Woodfire, after Payrovi and Zahedi's sister. 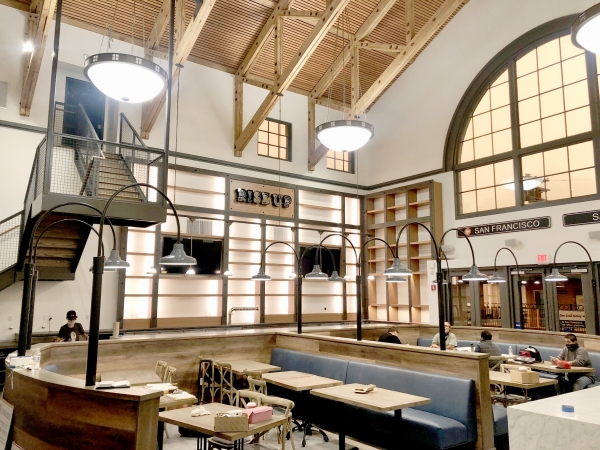 Here, the kitchen also uses the ovens to go beyond pizzas, with chicken wings, kale, broccoli, salmon and prime rib getting the wood-fire treatment. Rotisserie items such as a half or whole chicken come with sides and sauces, from chimichurri and Peruvian aji amarillo to roasted garlic and chili butter and wood-fired pineapple teriyaki chipotle. The rotisserie chicken also goes into a chicken BLT sandwich and the prime rib into a French dip sandwich.

They plan to expand the menu and add cocktails and wine in November.

Zahedi has been working on opening Rise Woodfire for two years. At 6,500 square feet and 200 seats with 40-foot cathedral ceilings, it's by far the largest restaurant he's ever built. They had to pause construction completely for two months at the start of the coronavirus shutdown, which pushed back what was supposed to be a May opening.

"Ramping up construction to this degree and then ramping it back down and ramping it back up again was very expensive because you don't just turn off the lights and walk out," he said. "It caused major delays and cost to the project." 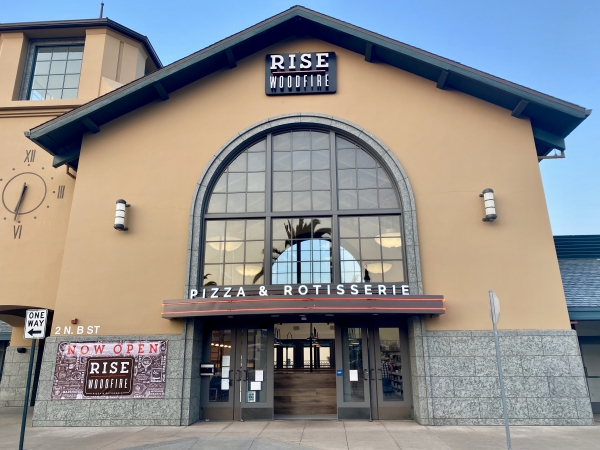 Rise Woodfire is open for takeout as well as indoor and outdoor dining. With the dining room restricted to 25% capacity, he has about 25 seats, or six tables, inside. He's looking to an outdoor patio, currently under construction, that will be able to seat up to about 50 people socially distanced to keep the restaurant afloat.

What to do if you get a noisy Rheem/Ruud heat pump water heater
By Sherry Listgarten | 14 comments | 3,914 views

Palo Alto's most feared food critic is … an Aussiedoodle?
By The Peninsula Foodist | 14 comments | 3,272 views

Do Palo Alto city officials ever, ever have enough money?
By Diana Diamond | 38 comments | 2,662 views