Uploaded: Jan 31, 2020
After nearly a decade of running All Spice out of a 1906 Victorian home in San Mateo, husband and wife owners Sachin Chopra and Shoshana Wolff are searching for a new home for their restaurant.

All Spice's current location at 1602 El Camino Real will likely be replaced in the next few years by a five-story mixed-used building and eight two-story townhomes. The proposed development is currently making its way through the city's approval process.

"We will hang onto this building as long as we can but once the developer gets the go ahead, then we're going to have to leave," Wolff said. 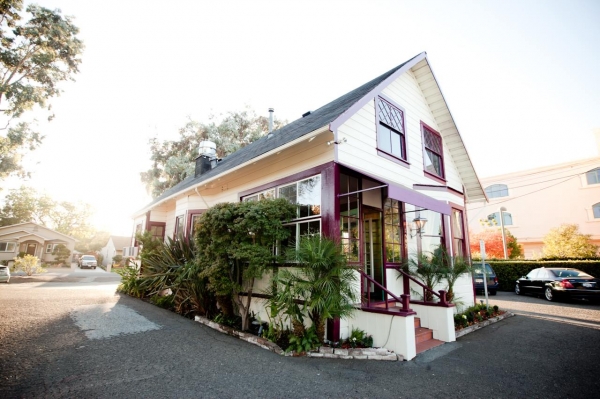 All Spice has served modern California cuisine out of a Victorian house in San Mateo since 2010. Photo courtesy All Spice/Facebook.

The couple recently stumbled on a second location they plan to open in the meantime, in a somewhat unlikely location: the Half Moon Bay Airport. They live nearby and discovered by accident that the space was available after 3-Zero Cafe closed last April. The unassuming, airport-themed cafe had been a local institution for 25 years.

While All Spice once held a Michelin star, the airport cafe will be "much more relaxed, family friendly food, much more approachable and (a) lower price point," Wolff said.

Called The Pilot Light, the cafe will serve traditional breakfast and lunch fare — think eggs and bacon, sandwiches, hamburgers and salads. But they'll bake their own sourdough bread and work closely with Half Moon Bay farms, such as Iacopi and Cabrillo Farms, Wolff said. They plan to explore bringing in fresh seafood directly from the nearby harbor.

The cafe's name plays on the fact that both ovens and airplanes have pilot lights.

"We're really trying to put our own stamp on it," Wolff said. "3-Zero Cafe was there for decades. We want to make it just as fun and comfortable … but with our own style."

All Spice serves what the owners describe as "modern" or "new" Californian cuisine. The restaurant won a Michelin star in 2013, "a distinction it held for three years, and is working to win back," the restaurant's Yelp description states.

Chopra, a native of India, graduated from the Culinary Institute of America in New York and worked in modern Indian restaurants in Manhattan. He went on to cook locally at Amber India at Santana Row in San Jose (where he met Wolff), Mantra in Palo Alto and Sakoon in Mountain View.

Wolff worked in restaurants and pursued a passion for wine by studying viticulture and enology at the University of California at Davis. She's All Spice's general manager and wine director.

The couple opened All Spice in 2010. A second location in San Francisco closed in 2016.

The couple is still hunting for a place to relocate All Spice. They hope to stay in San Mateo but are open to moving further north or south on the Peninsula, Wolff said.