Uploaded: Oct 11, 2019
After a monthslong hiatus, Misfits Bakehouse is back -- and in a new home.

The bakery, which has drawn a local following for its gluten-free bread and baked goods, is soft opening this weekend in Midtown Palo Alto. Owner Mina Makram took over a space at 2706 Middlefield Road this summer after Gracie Jones Gluten Free Bake Shop closed. 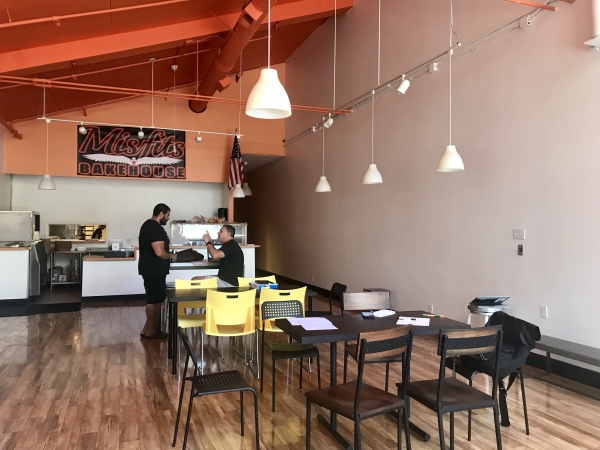 While Misfits' (formerly Ducks and Dragons) reputation is built on baking without gluten, Makram doesn't want to be known singularly as a gluten-free establishment.

"I don't want it to be looked at as a gluten-free bakery," he said. "Just amazing bread, period."

Makram started Ducks and Dragons with his then-partner and girlfriend, Kim Sullivan, in 2015. They started by selling their baked goods at farmers markets and within six months, moved into a wholesale production facility in San Carlos.

In the new Palo Alto space, Misfits Bakehouse will serve fresh-baked bread and pastries as well as bagel sandwiches, pizzas, toasts with housemade jams and specials. At a pop-up last weekend, the bakery made cardamon French toast, sausage-cheddar bread pudding and a family recipe for an Egyptian beef broth served with a garlic sauce and toasted grain-free pita bread. (Makram was born and raised in Egypt. He came to the U.S. in 2000.) 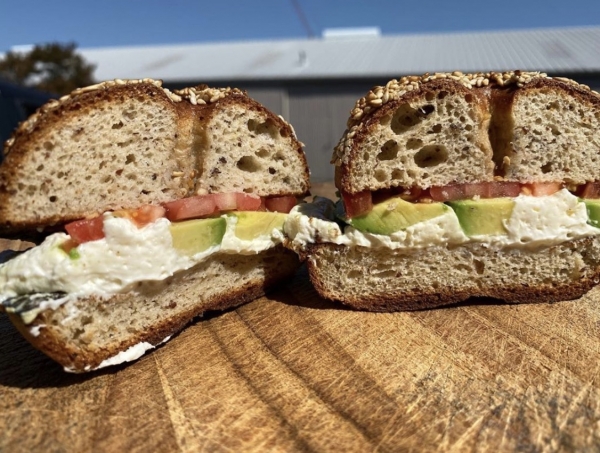 In response to requests from customers with egg allergies, Makram plans to roll out vegan breads sans egg whites. Almost all of his products are also grain-free, soy-free, corn-free and dairy-free.

Misfits will serve coffee from Papachay in San Carlos, run by a Peruvian native who lives in San Carlos but owns a coffee farm in Peru. The beans are roasted in San Carlos.

The bakery will be open this Saturday and Sunday, Oct. 11 and 12, from 10 a.m. to 2 p.m. or until it's sold out. Starting next week, Misfits will also be open on Fridays. Makram plans to open six days a week starting in early November.

Mina and his band of Misfit Bakers are Amazing. I just love the Bakery Goods and the Love he and his group have for making so everyone can have a treat.


To WWWW Journalism, all the 4 W's are in the lede "The bakery, which has drawn a local following for its gluten-free bread and baked goods, is soft opening this weekend in Midtown Palo Alto. Owner Mina Makram took over a space at 2706 Middlefield Road this summer after Gracie Jones Gluten Free Bake Shop closed."


So excited for this bakery! Wish the website was working...


Can't wait to try out this place! Happy to see that they're supporting local coffee roaster, Papachay, too. We enjoy their coffee here at work several times a week, and am happy to see it available closer to home; other than at the Farmers Market, of course!


I am not gluten free but my husband is, so we are constantly seeking out the best GF bread products. I can vouch for their chocolate chip cookies, which were excellent! I look forward to coming back here and trying more items!

Bay Area public transit is in trouble: Can our failing systems be saved?
By Diana Diamond | 29 comments | 2,650 views

Dating/Dating Profile: Say What You Are Looking For
By Chandrama Anderson | 0 comments | 1,622 views