Uploaded: May 7, 2019
If all goes according to plan, there will be a day when there are quick-service versions of Oren's Hummus restaurants in all major U.S. cities.

The prototype location for this new Oren's Hummus Express concept opens Wednesday, May 8, at Town & Country Village in Palo Alto, the city where the string of Israeli restaurants was born eight years ago.

Executive Chef David Cohen, who runs the business along with founder Oren Dobronsky, his wife Nancy and David's wife Mistie, said they have been for awhile discussing how to make their desire to expand beyond the Bay Area a reality. There are now four Oren's restaurants in Palo Alto, Mountain View, Cupertino and San Francisco. 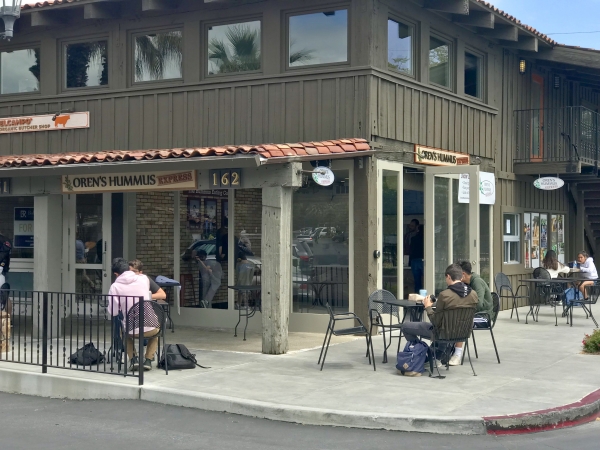 Given the environmental constraints challenging all restaurant owners in the Bay Area today — a tight labor market and expensive real estate — they settled on creating a fast-service, grab-and-go concept that would require less space and staff, no matter where they opened, Cohen said.

"We want to be able to share the product, the way it's eaten and all those things that make Oren's unique as broad as possible," he said. "We're talking a big expansion plan."

Their growth has been slowed by their own claim to fame: preservative-free hummus whose quality has to be carefully controlled. Last year, they moved from a 1,200-square-foot catering kitchen to a 8,500-square-foot commissary space in San Jose, where a significant portion of all the locations' menus is prepared, Cohen said. Items with a longer shelf life, including sauces, baba ghanoush and braised lamb, are made at the commissary kitchen and delivered to the restaurants. Garbanzo beans are cooked at the commissary kitchen, then blended at the restaurants to make fresh hummus once or twice daily. The restaurants still bake the pita and cut produce for dishes every morning.

"The hard part as a chef is to try to replicate while maintaining quality," Cohen said. "I never want to become Subway. I never want my food to be dead."

Cohen is already thinking beyond this expansion to the next big one: a dream, 30,000-square-foot factory that would churn out Oren's products for a national network of locations, including grocery stores.

The fact that a popular, successful restaurant is betting on a quick-service concept is yet another indication of the increasing cost of doing business as a restauranteur in the Bay Area. Cohen said their future expansion plans are "largely focused towards Express" rather than more full-service restaurants.

"It's a low profit-margin business. Those things where you can make up as opposed to losing profit margins make it worth doing," Cohen said. 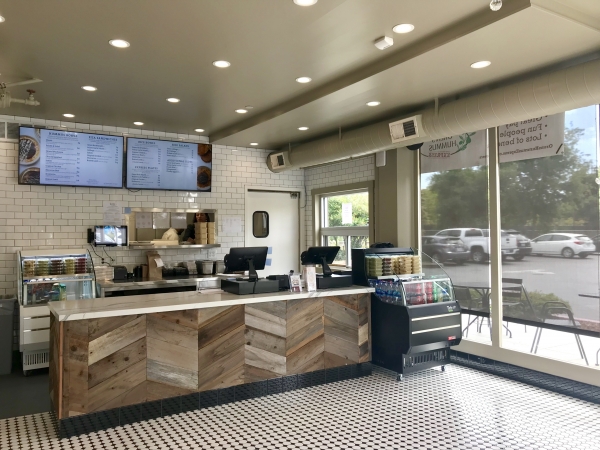 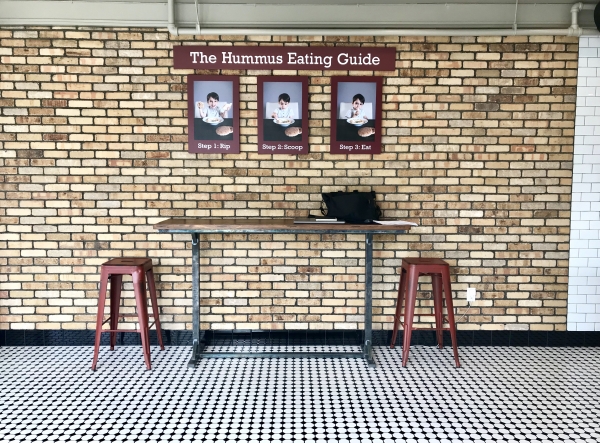 Inside the new Oren's Hummus Express, whose design echoes that of the full-service restaurants, including photos of the owners' children instructing diners on how to properly consume hummus. Photos by Elena Kadvany.

The new express location will serve a limited menu of Oren's most popular dishes, including hummus bowls, rice bowls, pita sandwiches salads and some sides. New additions include a shawarma-spiced chicken thigh, available in a bowl or on a sandwich; yellow garlic falafel; and an "Express" plate with hummus, green and red cabbage, baba ghanoush, Israeli salad, pita and your choice of falafel and original or shawarma chicken.

In anticipation of the hordes of Palo Alto High School students who flock to Town & Country for lunch during the week, a student menu offers three sandwiches and a hummus bowl for $7.50 each.

The Express location will be available on food delivery apps a week or two after opening, Cohen said.

The 855-square-foot space, located toward the back of Town & Country Village at Suite 162, is sparse, with a counter, two high-top tables and a small grab-and-go refrigerator. Customers will place their orders at then counter and pick the food up outside at a window. There is more seating outside.

Oren's Hummus Express will open at 11 a.m. on Wednesday, which is also Israeli Independence Day. Daily hours will be 11 a.m. to 9 p.m.

An extra helping: Local restaurants unite for two days of fundraising for AAPI group
By The Peninsula Foodist | 0 comments | 1,453 views

Where is it unsafe to bike around town?
By Sherry Listgarten | 21 comments | 1,109 views