Calling all gardeners: A restaurant owner wants you to grow Peruvian peppers for her.

Uploaded: Feb 26, 2019
The owner of a Palo Alto restaurant is turning to the community to help her cultivate a local source for Peruvian spices that are difficult to find fresh in the United States.

Maria Neal, owner of Caffe Machiavello, wants to crowdsource fresh aji amarillo and rocoto, two peppers that are crucial to Peruvian cooking. She currently buys them frozen from a spice vendor in Redwood City.

"But I don't want to keep buying them frozen," said Neal, who feels strongly about serving super fresh, well-sourced food given her own health constraints, which inspired her to open the restaurant last year. 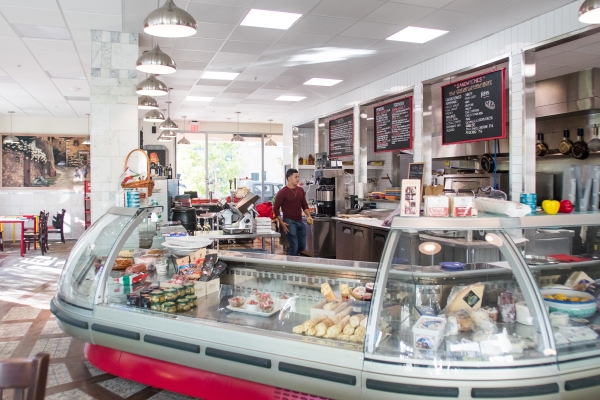 Inside Caffe Machiavello on Page Mill Road in Palo Alto, which serves Peruvian and international cuisine. Photo by Veronica Weber.

Aji amarillo, which means yellow pepper, belongs to the "holy trinity" of Peruvian cooking, along with garlic and red onion. Rocoto, a red pepper, registers at 250,000 on the Scoville heat scale compared to aji amarillo’s 30,000 to 50,000.

Neal said she will give aji amarillo and rocoto seeds to anyone who is willing to grow them and then buy back the peppers once grown. The peppers are easy to grow, she said, and need little more than "a little bit of good dirt and water and patience."

She suggested that supplying not just Caffe Machiavello but multiple Peruvian restaurants in the area has the potential to become a small side hustle, but she'd love to share recipes and cooking tips for someone who's more interested in keeping some of the peppers for themselves.

At Caffe Machiavello, where Neal is slowly introducing more dishes from her native Peru, she's using the aji amarillo to make aji de gallina, a slightly spicy chicken stew served over rice and potatoes, and the rocoto pepper for fresh ceviche on Sundays, among other dishes.

An extra helping: Local restaurants unite for two days of fundraising for AAPI group
By The Peninsula Foodist | 0 comments | 1,442 views

Where is it unsafe to bike around town?
By Sherry Listgarten | 21 comments | 1,086 views