A San Francisco Indian restaurant is moving south, with a new outpost opening in downtown Redwood City next month.

"It's a lot more like what we eat at home," she said. "The flavors are vibrant and simple." 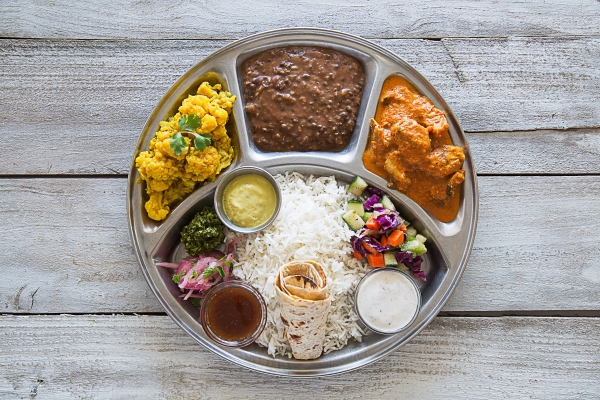 The former lawyer left her native London for San Francisco in 2000. She decided that "life was too short for me to do something that I wasn't crazy about" and eventually opened the first Kasa Indian Eatery in 2008.

"I was all along very deeply passionate about food and cooking and the kitchen. Coming from London but being Indian I always kept connected through food to the culture," Khanna said.

She now operates two restaurants in San Francisco and a catering business. Redwood City will be her first foray outside of San Francisco, but she’s no stranger to the community. She lived there when she first moved to the United States and her husband’s family has lived there since the 1960s.

To start, the Redwood City Kasa will serve the same menu as the other locations. There are samosas; roti or naan wraps stuffed with fillings such as lamb curry or gobi aloo; Indian burritos; and "thali," or combination plates with the diner's choice of two fillings plus roti, daal, rice, veggie salad, chutneys and raita.

She hopes to open by the end of September.

Dating/Dating Profile: Say What You Are Looking For
By Chandrama Anderson | 0 comments | 2,040 views