View all posts from Laura Stec

Tips for the Best Latkes

Laura loves latkes! Crispy yet pillowy-soft. Salty with touch of sweet. They hit all my culinary triggers. If they do the same for you, come check out the Hanukkah Latke Chef Contest at Whole Foods Market Los Altos on Dec 11th, 7 – 8:30 PM. Teaming with the Jewish Study Network, the event kicks off Hanukkah, which runs December 12 – 20th. 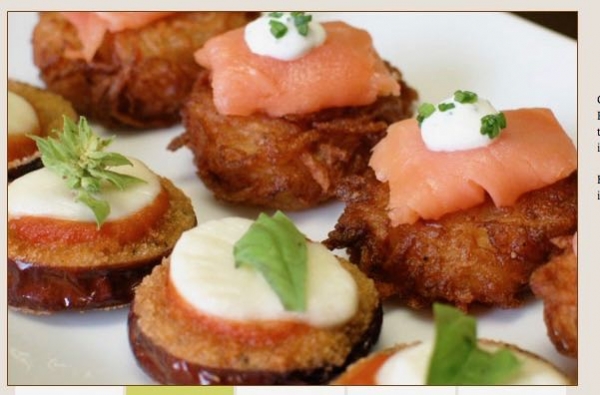 According to ReformJudaism.org, latkes are eaten at Hanukkah because the oil they are cooked in reminds us of “the miracle that a single cruse/pot of oil found in the Temple lasted for eight nights. Additionally, some scholars suggest that the popularity of latkes is due to the fact that the potato crop became available around the time of Hanukkah in Europe.”

The public is invited on December 11th to watch four culinary teams race to create the tastiest, most original potato latkes, and earn the title “Top Latke Chef.” Tastes are available after the contest.

Being the only Polish, Catholic judge* for the evening, yours truly decided a latke refresher course was in order. I asked fellow judge Effie Speigler, Executive Chef at The Oakland Coliseum for some tips.

“The top 3 most important things about making latkes are,

#1: The potato used must be of high starch content. Idaho potatoes work the best.

#2: Use matzo meal rather than flour as the binder. The resulting texture is more traditional and enjoyable.

#3: You have to use fresh oil. If you are making a lot of latkes, replace the oil during the cooking process. Many people like to use peanut oil to fry, but if allergies make that a problem, use canola instead.”

Speigler continues, “I don’t like over complicating latkes, simple is best. Potato, onion, eggs, salt, pepper, and matzo. That’s it. I don’t even peel the potatoes. Clean them well and grate with the skins on.”

I also heard that a box grater does not create the best results. One very serious latke maker told me to use a stainless steel potato grater instead, which produces potato pieces that react better with the oil. I have never used one of these; haven’t even heard of it. Anyone out there care to share their experience with it? 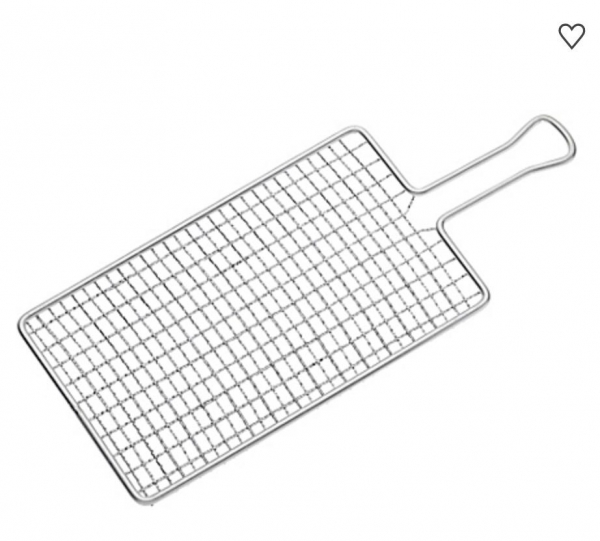 And if you have any more suggestions and tips for this Polish Catholic, please send them in, and stop by Monday Dec 11th for a taste of the winning results.

I’ll put up the recipes after next weeks contest.

Andrea J is a registered user.


Tip: Grate the onion first (in a food processor) and put in a large bowl. Then when you add the grated potato to the bowl, stir the potato and onion together. The acid from the onion will keep the potato from oxidizing and turning brown.


Thank you Andrea for the anti-browning tip. However, I was taught that you do not use a food processor for latke onions, because the process rips up the onion fibers and allows too much moisture to be released, resulting in a less crispy latke. Thoughts?

Report Objectionable Content
Posted by European-raised, a resident of Fairmeadow,
on Dec 12, 2017 at 12:02 pm


We preferred potato pancakes that - in addition - had garlic and marjoram in them ... So tasty, YUM!!!

Report Objectionable Content
Posted by Laura Stec, a resident of Portola Valley: Westridge,
on Dec 13, 2017 at 7:51 am


So the Latke Chef contest was terrific, and I'll put up the story soon. Though I have seen recipes which say food process the onion to grate, Chef Speigler agreed with my take - "never food process an onion - it leads the onion to bleed out too much juice."

Report Objectionable Content
Posted by the_punnisher, a resident of Mountain View,
on Dec 13, 2017 at 8:12 pm
the_punnisher is a registered user.


I don't see any recipes for lefse and lutefisk here. That is a big holiday oversight! Just to even things out, I will post my favorite lutefisk recipe:

Get a good quality pine board

Put the lutefisk on it

pour ten pounds of melted butter on it

Bake it for 5 hours

take it out of the oven

throw the lutefisk out and eat the board

This is why the Vikings were fierce and discovered the New World; no one had heard of lutefisk or how to prepare it!

Report Objectionable Content
Posted by susanlight, a resident of Midtown,
on Dec 15, 2017 at 8:33 am


thanks for all of the tips. somewhere along the way i started using some margarine with the oil for frying and i think it adds to the flavor of the latkes.

Report Objectionable Content
Posted by Jose Martinez , a resident of another community,
on Jan 29, 2018 at 2:53 pm


Maybe judging latkes should be left to judges who have had lifelong experiences of eating latkes.

Seems there's a huge Jewish community to draw from.

Report Objectionable Content
Posted by Laura Stec, a resident of Portola Valley,
on Jan 29, 2018 at 6:12 pm


Jose, what I lack in Jewishishness I make up for in love-of-latkes :) You can't blame a girl for trying, can you? Or wait, you already did.