Tony and his wife Alisa, the restaurant’s executive chef, opened the restaurant at 496 Hamilton Ave. in June of 2009. They served "modern Thai fusion" with most of the ingredients sourced from local organic wholesale distributors in the Bay Area, according to the restaurant's website. 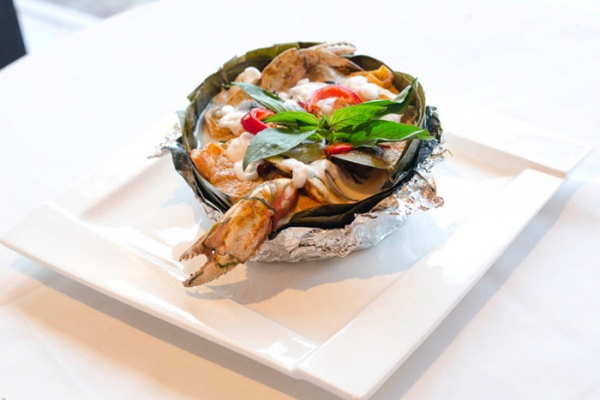 Tony said his father, who took care of the couple’s two young sons, recently fell ill. They couldn’t find anyone else to take care of their children while they ran the restaurant, so they had to send their sons to Thailand, Tony said.

"We also realize that since we opened the restaurant we hardly had anytime to spend with them," he wrote in an email. “We saw them about 2 hours in the morning and by the time we went home they were sleeping. Our restaurant only close(s) 5 days a year during Thanksgiving. It is a family run business.

"We realize that despite the best year we had in 2015; we cannot bring back the time with our kids," he continued. "We can always restart the restaurant; thus, we sold the business." 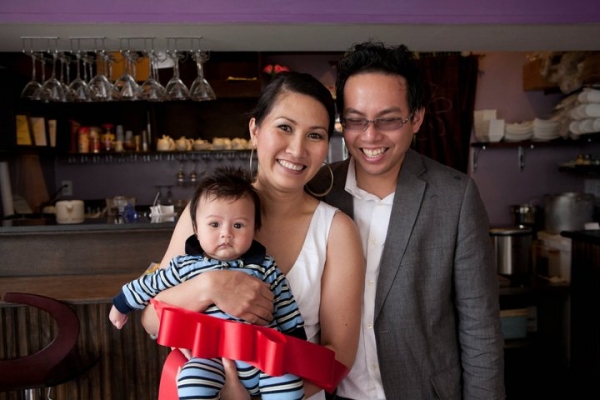 Tony and Alisa Chotibhongs with one of their two sons at a ribbon-cutting event in 2010 at their now-shuttered Thai restaurant, Siam Orchid, in Palo Alto. Photo courtesy Tony Chotibhongs.

Siam Orchid closed in October and will be replaced by a restaurant named Thyme. The new owner, Winston Haddaway, did not respond to requests for comment. Stay tuned for more details when they become available.

Thank you for keeping us up to date on the goings-on downtown.
We wish the best of luck for Tony and Alisa's future endeavors and hope to hear more about the new establishment soon!