Uploaded: Mar 12, 2015
Palo Alto's Cheese Steak Shop has closed "due to the high cost in the area," according to a sign that appeared in the El Camino Real restaurant's windows this week. 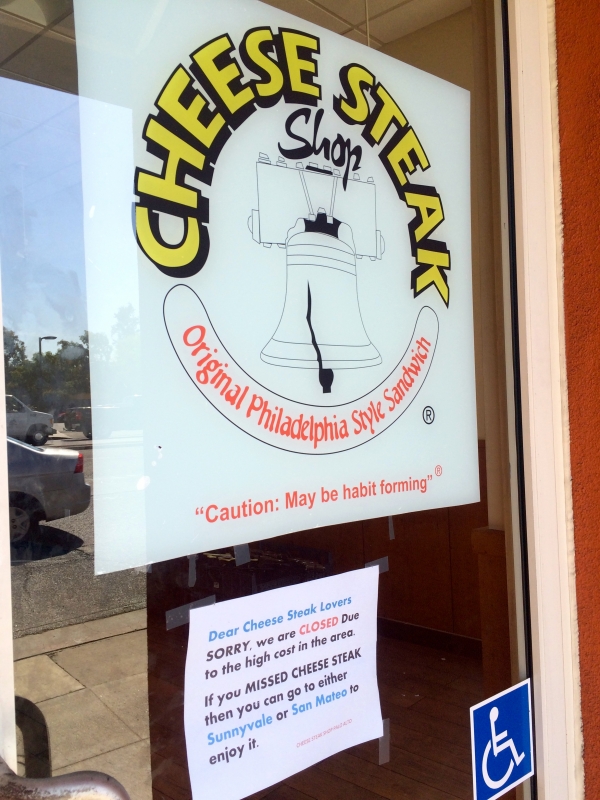 The owners did not respond to requests for comment, so no further explanation than that for now. The inside of the restaurant at 2305 El Camino (near California Avenue), which opened in 2011, was in disarray when I peeked in earlier this week, with receipts and food wrappers strewn on the floor and what looked like somebody's old lunch from Panda Express sitting on a counter.

The first Cheese Steak Shop opened in San Francisco in 1982. Then came Berkeley, Walnut Creek, San Jose and numerous other locations throughout the Bay Area. The company franchised in 2002 and opened even more outposts (including, according to the website, one in Manila and another in Singapore).

For mourning cheese steak fans, reminisce with this July 2012 review, Say cheese steak, and the photo below. 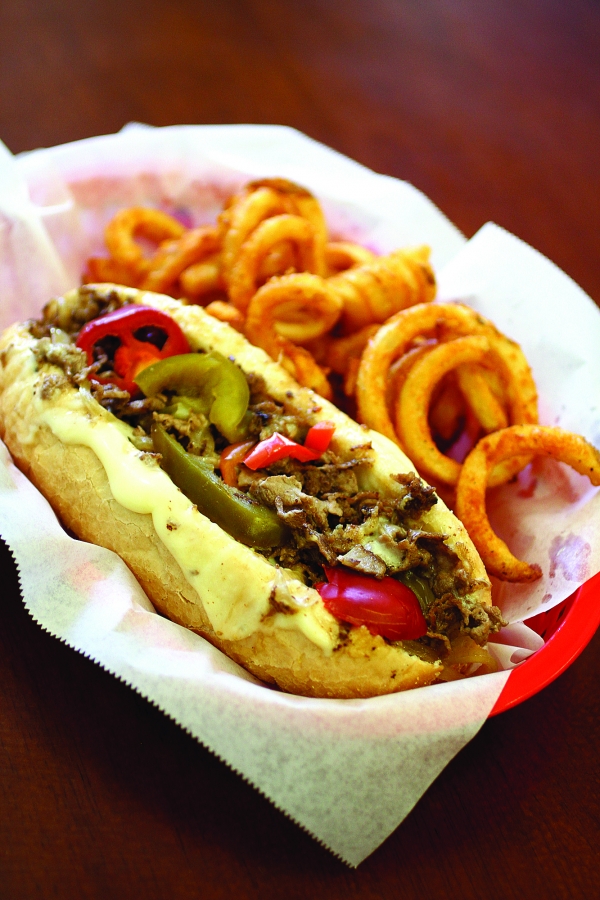 The original 7" Philly Cheese Steak at the Cheese Steak Shop features grilled beef, onions, provolone cheese, sweet and spicy peppers and served on Amoroso's rolls (a bakery in Philadelphia) and a side of fries. Photo by Veronica Weber.

Looks yummy. I never ate there.


That's too bad, I liked going there every now and then. I think I still have a card for a free cheese steak I never got to use too!

Report Objectionable Content
Posted by Mike Keenly, a resident of Menlo Park: Allied Arts/Stanford Park,
on Mar 13, 2015 at 11:51 am


"High cost in the area" is an excuse for high prices, mediocre quality and so-so service, based on my couple of visits there.

Report Objectionable Content
Posted by Steak Fries, a resident of Adobe-Meadow,
on Mar 13, 2015 at 4:45 pm


Loved their steak fries. Can't understand the popularity of skinny fries, you need to be able to taste the potato to enjoy a good fry.

Sorry to see them going. Now where are the best steak fries in town?


I really liked the restaurant's food. I just didn't like the customer service. The guy that was there most evenings was terribly unfriendly and didn't seem to care about either being there or meeting people.

Report Objectionable Content
Posted by SteveU, a resident of Barron Park,
on Mar 14, 2015 at 9:17 am
SteveU is a registered user.


This is bad news.
Those were yummy
And without some of the double digit, budget breaking prices that many local eateries seem to have drifted towards for a simple lunch meal.

Report Objectionable Content
Posted by Ceasar, a resident of another community,
on Mar 16, 2015 at 8:28 pm


Sorry to see them go, now I will have to travel all the way to San Carlos to get a good Cheese steak sandwich. Jersey Joe's here I come.

Report Objectionable Content
Posted by realitycheck, a resident of South of Midtown,
on Mar 18, 2015 at 11:11 am


And last night I went to Freebirds next door, and it had an 'out of business' signed taped to its door. Maybe the building landlord increased the rent that only a national chain can afford.

Arya Steakhouse, a standby for steaks and Persian cuisine, moves to downtown Palo Alto
By The Peninsula Foodist | 0 comments | 3,126 views

We need an audit of city spending
By Diana Diamond | 3 comments | 1,413 views